The Language of Love

Why is writing about sex so hard, er, difficult? 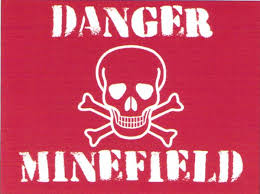 Today I will deal with a subject that bedevils many authors: sex.

Not the act itself, which bedevils everyone between puberty and senescence (and maybe after senescence — but if you can’t remember what you are doing, why bother doing it?). I mean the sex scene, which is even more difficult to write than the notorious soufflé-making scene.

Why are sex scenes so tough?Well, for one thing, if you’re writing a cookbook, they don’t really fit in. Besides, why put yourself through the torture of a sex scene after explaining how to make a soufflé? (Books about Mother Teresa or puppies probably shouldn’t have a sex scene, either.)

For another, writers whose novels contain a lot of sexual activity often worry about backlash from their family and friends, whom they fear may be:

A.  Offended. This is known as the maiden-aunt syndrome. Not to worry. These ladies usually have an attic full of steamy, semi-porn romance novels where bodices are ripped off with the frequency of a Congressional vacation.

B.  Perplexed and/or humiliated. Even mild sex scenes may cause your children to change their name and move out sooner than expected. (This may not be an altogether bad result, assuming the children aren’t still playing with Legos.) So what if your kids are embarrassed? If they give you a hard time, ask them how they got here. And have you checked to see what they’re looking at on their computer lately? You’ll be the one blushing.

C.  Terrified. This could be a real problem. If you write a violent chain-saw sex scene, be prepared to see everyone flee the table when you pick up the knife to carve the Thanksgiving turkey.

D.  Derisive and/or suspicious. Another real problem. This applies to spouses and significant others who want to know why you don’t do with them what you describe so luridly in your books (or, worse, whether you’re doing it with someone else).

There are, of course, other possible reactions, which may include a visit from the police. But that should not deter you from writing a sex scene, gratuitous or not. After all, I read that Susan Somebody just got an eight-figure advance from a mainstream publisher for books she has yet to write that will be in imitation of another writer who got an even larger deal for her sex-dripping romance novels.

And James Frey, exposed on Oprah and elsewhere for making up large swaths of his “memoirs,” continues to get million-dollar publishing and movie offers. (This has nothing to do with sex, other than the fact that readers continue to get screwed by some publishers, but I wanted to say it anyway.)

To differentiate your work from the bodice-ripping and Fifty Shades of Grey crowd, there are some words that should be used sparingly or avoided entirely. They include: engorged, throbbing, turgid, pulsing, spouting, spurting, tumescent, and spavined.

I’m not sure why I included spavined, which according to the dictionary means “old and decrepit, marked by damage, deterioration, or ruin.” I came across the word in Gone with the Wind a million years ago. I think Margaret Mitchell was referring to horses, but it sounded like something to do with sex, so it stuck with me. I don’t plan on writing about horse sex, but if I ever write a scene about senescent sex, it’s going in there.

Another word to avoid is “spent,” particularly if the parties involved include a hooker, in which case the phrase “he was spent” may have an entirely different meaning and may confuse the reader.

If you’re going to use graphic sex in your novel, use it strategically. It’s the buildup to the big moment(s) that keeps readers from turning on the TV. But when you write the scenes, be bold. Avoid titillating euphemisms, which are more annoying than the “colorful” words mentioned above. To paraphrase Freud, not everything is a cigar. You don’t want your readers to think you are verbally spavined.

I write thrillers. The sex, like the murders, keeps things interesting. My characters live on the edge, are often violent, and are fairly young. Of course they have sex! (Always before they get killed, I hasten to add.)

Most of all, enjoy writing your sex scenes before you get too senescent to remember what you’re writing about.