The Composition of a Compilation

Defining our language helps define us. 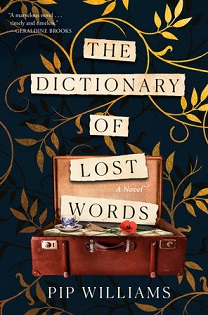 To say that my mother loves words is an understatement — although in this case, even the word “understatement” seems inadequate to describe the depth of her devotion to language.

This is, after all, the woman who once spent several winter months in the Soviet Union studying Russian language and literature; the woman whose sense of humor is based largely on delightful (if obscure) literary puns.

I grew up hearing regularly about glottal stops, etymologies, and Old Church Slavonic, the latter Mom’s area of specialty. (I also grew up invariably losing to her at Scrabble and, while I’ve grown to be grateful that she always challenged me, I also think she might have underestimated just how much damage her devastating vocabulary and exceptionally strategic mindset could do!)

Fortunately for me, my mother’s love of words extended to a true talent for reading books aloud. She introduced me to Winnie the Pooh and his friends, all of whom — I realize with awe now that I regularly read to a child myself — had unique, distinguishable voices. We also adored Mr. Popper and his 12 rambunctious penguins. And perhaps most memorably, she read and reread me one of our mutual favorites, Kenneth Grahame’s The Wind in the Willows.

Mom and I cried tears of laughter every time we returned to this beloved volume; I can still picture Toad dressed as a washerwoman to escape prison and hear him yelling, later, to “Whack ’em, and whack ’em, and whack ’em!” while plotting a major battle. It is one of my earliest and fondest memories of reading.

When I decided to write this column about Pip Williams’ The Dictionary of Lost Words, I thought immediately of my mother. The theoretical questions posed by protagonist Esme, fictional daughter of an assistant to Sir James Murray, chief compiler of the Oxford English Dictionary, are exactly the kinds I can imagine my mom asking: Why are some words included while others aren’t? Who decides how each word should be defined? How can we prevent words not included, but still valuable, from sinking into obsolescence?

It takes a special kind of person to ask these questions. As Williams’ novel makes clear, between the pursuit of something bigger than oneself and the everyday business of getting along as a human being, most people don’t usually have time to stop and think about the implications of their own words, let alone those of the disadvantaged, the underexamined, the overlooked.

Even more remarkable, then, that both Esme and my mother managed not only to sustain this perspective but to effect positive change based on their values. While Esme compiles a “Dictionary of Lost Words” alongside the more official collection being amassed by Murray, Mom channeled her energy into teaching reading to functionally illiterate adults for many years.

Week after week, I watched her spend hours organizing lesson plans for her students; I enjoyed listening to her talk animatedly about who was thriving or working extra hard and making progress. She had utter faith in her pupils’ ability to succeed — the same faith she’s always had in me when it comes to learning anything new.

It wasn’t until I attended a graduation ceremony for one of her classes, however, that I understood the full implications of my mother’s work. Students brought their families and spoke with pride of how they’d begun reading to their children and grandchildren. I got to meet some of the kids who would have a better chance at early literacy now that reading was being passed down to them by their caregivers.

Esme’s and my mother’s linguistic journeys diverged in significant ways. For one, Mom chose and pursued her field freely, while Esme, at least at first, associated with words purely out of necessity. A motherless child quietly drifting about the iron shed (loftily dubbed the Scriptorium) that houses the work of the dictionary, Esme parses her world through the slips of paper submitted to Murray by volunteers, each one bearing a suggested word for inclusion.

And while Esme concentrates solely on the English tongue, my mother loves to explore the ins and outs of foreign languages. She has studied them for so long, she has a knack for breaking them down into their components and thus simplifying them. Moreover, she harbors a limitless curiosity about those components.

A true linguaphile, she used to get up at 5 a.m. to teach herself Japanese from a TV course. It would be difficult to get me up at 5 a.m. for anything, let alone a television program featuring a notoriously complex language, which I’m certain I wouldn’t be able to process without copious amounts of caffeine.

Despite these contrasts, however, Esme and my mother are inextricably linked in my mind by their passion for language. Reading The Dictionary of Lost Words, I was thrilled to remember what a positive influence my mother’s passion had on me — and to once again be immersed in its glow.