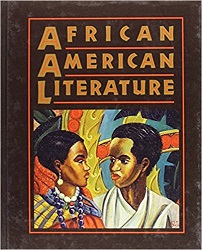 I was in a bookstore just before Christmas, a Barnes & Noble in Durham, North Carolina. I was doing that last-minute, trying-to-find-a-little-something-for-everyone shopping, even though, as always, we’d announced that we were only buying for the kids. (In our family, only two of the kids are under 18.)

It’s that same feeling that grabs one every year: the desire to have something under the tree for everybody. For me, finding gifts is always easiest in a bookstore.

I looked around a little and couldn’t find it, so I went to the clerk.

“Where is the African-American section?” I asked.

“We don’t have one,” he replied. “Is there something in particular that you’re looking for?”

“Yes, I’m looking for a rich family saga full of all kinds of characters, but the African Americans should be central. The story should be generational, well written, lusty, historic, intelligent, contemporary, and funny. I want to identify, and I wouldn’t mind being shocked.”

“Can you tell me the name of the author?”

“I don’t know who wrote it or the title, but I know it exists. I want to browse in its territory.”

I’ve had similar conversations before. It reminds me of one long ago with a very good friend, a white mother whose son had asked her why we still needed a Black History Month or a black section when we were all one. She asked me.

In a way, I understood. Her son lived it. He attended an elite, private, purposefully integrated and rigorously academic school. I know this sounds miraculous, but he had an equal number of black and white close friendships.

Honestly, I was a little taken aback, and I began to yell, too. But instead of “Black Lives Matter,” I kept yelling, “All Lives Matter!” Maybe I’m a contrarian at heart but, truthfully, we were an evenly mixed, buoyant, determined crowd, a moving force of togetherness.

At that time — and I will say that I was caught up in the moment — we were equally represented on the street; together, serving one purpose, speaking out against cruelty and, particularly, targeted cruelty.

There is a reason that the #BlackLivesMatter movement came to be, and it underscores why there should be a black section in the bookstore: so we can find ourselves in the canon of our culture. This might be a stretch, but maybe not.

As African Americans, could our significant contribution to the library of American writing keep us from being so lightly valued on the street?

W.B. Yeats argued that “people need imaginative literature…to incite them to dream a new future for themselves.” Yeats and other Irish League members planted libraries all over Ireland. Dreaming a new future is a call to everyone. In America, everyone needs to dream a future…a better impasse than now. An empathetic racially and culturally diverse society where everyone’s contributions are valued and embraced.

The sign “African-American Literature,” that lets shoppers know where to find titles by authors of color, seems to be mostly evident in February. If I were a bookstore owner, my shop would be different. There would be a lot of cross-referencing. African Americans would be everywhere that we belong, but I think my favorite section would be entitled “Unknown Heroes.”

I’ll get to that in a minute.

Clearly, some sections would be larger than others. In the center would be the miscellaneous subsections: “Books that Readers Love”; “Runners-up for the Pulitzer Prize”; “African Americans I’ll Bet You Didn’t Know.”

Jesmyn Ward would have to be in both the African-American Literature section and (twice!) in the National Book Award-winners section. Neil deGrasse Tyson might be in a section called “Books You Should Know Exist,” or “Mind-Stretching Books,” or simply, “Read This!”

Finally, in “Heroes of History,” I might not have as many books about George Washington and Thomas Jefferson, but I’d certainly have Benjamin Franklin aplenty and one — even if I had to write it myself — on Mary Elizabeth Bowser. She was a slave and spy in the Confederate White House, the Jefferson Davis House. Her work changed the war for the Union. Get that: a slave who could read. Most Americans don’t even know she existed.

Black Lives Matter in a movement, on the street, and in the bookstore.

Writing about real people is probably the No. 1 issue writers of personal stories, whether memoir, personal essay or newspaper column, worry about.