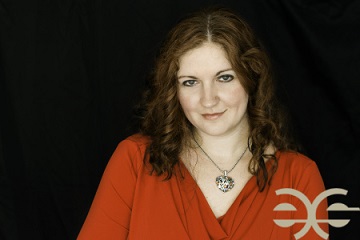 Inspiration for a novel comes from many places and many different aspects of life, or so I’ve found. And inspiration, to me, has two parts: there’s the initial spark of an idea that gets the novel started, that makes you sit down and write in the first place; and then there are all the new ideas and plans and sources of determination that keep you excited and keep you writing.

That first spark for The Violinist of Venice came from a dream that I had, oddly enough. The dream itself was the first chapter of the novel, where my heroine, Adriana, goes to Vivaldi’s house to ask him to give her violin lessons. I couldn’t figure out why I would have such a seemingly random dream, but when I woke up, I couldn’t stop thinking about it. It was such a vivid and powerful dream that it wouldn’t leave me alone.

That day, I went to the school library (I was a sophomore at Canisius College at the time) and checked out a couple recordings of Vivaldi’s music, as well as a book about him. By the end of that day, I had the first chapter written and had a vague outline in my head of what the arc of the story might be (though, of course, that changed quite a bit as I went).

From that one dream, that one scene, I began imagining what these characters’ lives were like and what might happen between them, and all the things that would occur as a result of their relationship. I couldn’t stop thinking about the story and all its possibilities, so I wrote more of it every chance that I got, even though I hardly knew anything about Vivaldi or Venice. In the end, I did the research and reading that I needed as I went, because I just couldn’t tear myself away from the story.

Once I was off and running, I began to find inspiration in other places to keep me going. The research I did helped, for sure, and of course listening to Vivaldi’s music was a big part of that. Each piece of his music I describe in the novel is a real one, and one that I chose very carefully to fit the mood and tone and plot of a given scene.

Being a passionate music lover as well as a musician myself, those scenes in which I had to find just the right words and phrases to describe the music are to this day some of my favorite sections of the novel. They took a lot of work and tinkering to get just right, but I love writing about music and felt up to the challenge. Vivaldi’s music continued to inspire me and get me through moments where writing the novel started to feel difficult and even futile; I always wanted to try to do justice to such beautiful music.

Another source of inspiration for my writing — always, not just with this particular novel — is the contemporary music I listen to by my favorite bands and artists. Like a lot of authors, I make playlists for my works in progress, and I spend a lot of time trying to find just the right song that goes with/narrates each scene.

Furthermore, sometimes these songs can help me clarify a character’s feelings or motivations, or what is going on beneath the surface of a scene or incident or conversation. It brings additional emotion and perspective to the work for me.

I’m always listening to music — and I have to have it playing while I’m writing — so it’s natural for music to be the well that I draw from often when it comes to inspiration. It’s my favorite thing in the world except for writing. And for The Violinist of Venice in particular, a novel that’s so much about the power of music and music’s effect on a life, it was fitting that many different kinds of music inspired me and worked its way into the novel.

My experiences as a performer influenced the novel, as well; I’m a classically trained mezzo-soprano, and I’ve actually performed two of the vocal pieces mentioned in the novel: the first movement of the Stabat Mater and the aria “Cosi potessi anch’io” from Vivaldi’s opera "Orlando furioso."

Though Adriana is, of course, a violinist and not a singer, the feeling of performing and of practicing/rehearsing, of exploring a piece of music from the inside out, of taking it apart and studying it and putting it back together and interpreting it in my own way, of being in a lesson where your teacher simply tells you “Do it again” — all of that is something that I know well, and it doesn’t necessarily need to vary based on the instrument one plays. My own personal relationship with music was something that very much fueled large parts of this novel, and was my one way into the story and the characters at the very beginning, before the research took me the rest of the way.

Writing and revising a publishable novel is a wonderful experience, but it can also be a long, arduous, and difficult process, and it takes inspiration in all its many forms to pull one through. I’ve always dreamed of publishing a novel, and I’m so happy that my debut is The Violinist of Venice, which means so much to me. But even before I thought about publishing it, before I thought that that might be possible, my love for the story and the characters and the music kept me going, and kept me from giving up.

Inspiration can be a tricky and capricious thing to hold on to, but it’s worth the effort it takes to do so. It has been for me, and I think that The Violinist of Venice is a better book for all the variety of things that went into it.

[Editor's note: Click here to read the Independent’s review of The Violinist of Venice.]