State of the Union-Buster 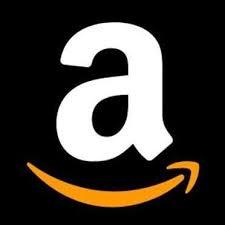 In June, Amazon rolled out a new payout system for e-books “borrowed” from its massive Kindle Unlimited library. After a careful study of the results, both my own and those of other self-published authors, I am finally ready to render a judgment on the system’s efficacy.

(There is basically a two-month lag time between sales and payments in the Amazon universe. The program kicked off in July, and money earned in that month just recently hit bank accounts.)

Not to put too fine a point on it: The new payout program is a home run for most Amazon authors.

To be eligible to participate in KU, authors were required to give Amazon exclusivity in its Kindle Direct Publishing program. This program, called KDP Select, has long been a part of the Amazon e-book system, and from the beginning generated howls of protest and even threats of lawsuits.

The wailing, while greatly reduced, still exists. The lawsuits never happened. The KDP Select program was, after all, voluntary. Authors could still sell their books on Amazon, Nook, Kobi, or wherever.

But since Amazon controls the lion’s share of the e-book market, especially that part devoted to authors who eschew traditional print publishing (either by choice or rejection), many such authors put all their literary eggs in Amazon’s KDP Select basket.

Why? Well, in KDP Select, Amazon allows e-book authors to promote their books — at no cost — through its massive system. An e-book can be offered for free as a giveaway. Authors can also use a “countdown” system where a book is reduced in price at various levels.

Amazon encourages authors to price their books between $2.99 and $9.99, and pays out a 70-percent royalty at those prices. Thus, an e-book selling at $2.99 earns just over $2 for its author, and so on. In effect, authors who give Amazon exclusivity are gambling that Amazon’s marketing prowess will outweigh any advantages of selling books elsewhere.

Under the old payment system in KU, authors received approximately $1.40 for each borrowed book after 10 percent of said book was read. The $1.40 figure is the result of equally dividing the money Amazon put in a pot every month. The original kitty was about $3.5 million; it is now $11 million.

It didn’t matter if the book was 40 pages or 400; the author got roughly $1.40. The system was soon awash in short stories, poetry, children’s titles, and how-to books (some explaining how to make money on Amazon!). That did not seem fair to authors of the longer books.

But as of July 1st, authors are compensated on the number of pages actually read. Amazon now divides its “pot” by the number of pages in the books borrowed. In June, 1.9 billion pages were read. Divided into $11 million, that comes to .0058 cents per page.

And since the length of an e-book page varies depending on the device on which it’s read, Amazon has developed a Kindle Edition Normalized Page Count (KENPC) based on font, line height, line spacing, etc. The net effect is to increase an e-book page count considerably. Using three of my own novels, I will illustrate:

Under the original payout system, I would’ve made $4.20 if these books were borrowed and read past 10 percent. Under the current system, I make $6.79 if the books are read to the end. And that includes a big loss on the children’s book. Some authors bundle their books in omnibus editions. I myself have several that now clock in at more than 1,000 KENPC pages. Do the math.

There are also some other perks available to e-book authors in KU, such as monthly cash bonuses from $500 to $25,000 for those who meet certain high-selling criteria. (I’m not one of them — yet.) There will be separate bonuses for bestselling children’s books, as well.

The new system almost immediately engendered — you guessed it — threats of lawsuits. There was even talk of class-action suits by authors whose income was now adversely affected, especially those who wrote short books.

The angst was real and understandable. There were many fine children’s books no longer earning $1.40. But a case could probably be made that authors who write full-length books were grossly underpaid under the old system and had just as much right to file class actions. Which is to say, no right, since the KU system is voluntary.

Some of the largest independent e-book authors in the Amazon universe have weighed in on the new payout system. Both Hugh Howey and Joe Konrath, two of Amazon’s most prolific authors, who write series books that people read cover-to-cover, have seen their incomes jump considerably.

Authors in any genre who write page-turners will benefit under the new system. Books, even mysteries and thrillers, that bore readers won’t. And short-story writers should not despair. It would be hard to imagine that something like Shirley Jackson’s 1948 shocker “The Lottery” wouldn’t sell by the thousands.

Still, some successful authors do not like the new system, despite its voluntary aspect.

“There is no possible way in this or any other timeline that I would ever, as a writer, participate in the sort of scheme that Amazon runs with its KDP Select authors,” blogged John Scalzi, a superb science-fiction novelist, because it makes those authors “compete against each other for a limited, Amazon-defined pot of money, and no matter how you slice it, that sucks for the authors [since] you will never make more for your work than Amazon wants you to make.” It is a system “designed to benefit Amazon, not the individual authors.”

Scalzi and others basically do not trust Amazon. But, for now, most authors seem to be warily enjoying the new payout system.

Lawrence De Maria, a Pulitzer Prize-nominated former New York Times reporter, is the author of 15 thriller and mystery e-books available on Amazon. All his books are in the KDP Select and Kindle Unlimited programs.

Instead of adding to their shelves, consider a different approach to satisfying you book-loving friends’ literary needs this season with gifts that celebrate their passion for words. Or just keep all these goodies for yourself. Either way, you won’t go wrong!

The multicultural shop comes to the Writer's Center in Bethesda, MD, all this week.