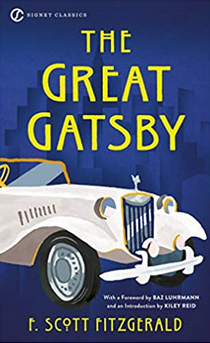 Aside from deciphering the rules of engagement, guests at a party have one job: to enjoy themselves. Of course, this comes with a caveat: They must enjoy themselves within the limits of what has been provided by the host. Sometimes it is a tall order, other times a delight.

What is at stake for the host, however, is another matter. Whatever ideal he’s stirring or shaking to life — whether it is being the center of attention, honoring another person, or the more difficult (and noble) task of wanting all his guests to have fun — his vision might not be realized or sustained. In this sense, parties make for craggy terrain where notions of wellbeing are fought for. When things do not go as planned, and often they do not, conflict can stand up and do the shimmy.

This is what makes party scenes so appealing for fiction writers.

Charlotte Brontë certainly thought so. She dreamed up the cringeworthy party in Jane Eyre where Mr. Rochester orchestrates a mock wedding to another woman in order to make Jane jealous. (Weddings are parties on steroids.)

Virginia Woolf’s Mrs. Dalloway shows “terror” and “ecstasy” burbling against the backdrop of an evening soirée, while the debaucheries of Dostoevsky’s memorial meal in Crime and Punishment (a funeral is a party on an ayahuasca journey) comically account for nearly every resentment in the human register. “Sluts!” shouts Katerina Ivanovna at her dinner guests. “Clowns!”

In these great books, parties serve as a battlefield, and they also convey volumes about the culture at hand, especially in terms of its social divisions.

Jay Gatsby’s parties make a big impression in F. Scott Fitzgerald’s 1925 classic, The Great Gatsby. Some of the party scenes are charming, as when the garden at Gatsby’s Long Island mansion lights up like “a Christmas tree.” Some are repellant — for instance, Gatsby’s invitees gossiping about him while the orchestra rests between songs. Barely out of earshot, people accuse the mysterious Gatsby of being a spy, and when that’s debunked, a murderer.

As Gatsby’s partygoers become increasing intoxicated from the siege of cocktails, readers become increasingly lightheaded from the pleasant chimes of Fitzgerald’s prose. The meats at the buffet are not cooked, braised, or grilled but “bewitched to a dark gold.” Nightfall arrives when the earth “lurches away from the sun,” and laughter is “tipped out” as guests relax into the reverie of the evening.

Fitzgerald writes of Gatsby’s parties that “a simplicity of the heart was its own ticket of admission.” Early on, this line feels sweet; by the end of the party, however, this “simplicity” has taken on a menacing quality: Gatsby requests a private talk with Jordan Baker, narrator Nick Carraway’s love interest. While this tense meeting happens, a singer sobs through her ballad “in a quavering soprano.” Wives attack their husbands; a drunk driver thunders his car into a ditch. So much for the consolations of dark gold and tipped-out laughter.

The story of Gatsby’s parties (and why he has them) reveals itself in a tug-of-war atmosphere between doom and material delight. Amid the acrimony at the end of the party, Jordan emerges from her tête-à-tête with Gatsby and tells Nick she’s just heard “the most amazing thing.” Gatsby, it turns out, is in love with Daisy Buchanan. Daisy is a married woman who also happens to be Nick’s second cousin. She lives across the bay with her husband, Tom. Gatsby’s parties have been somewhat of a peacock’s train meant to attract Daisy’s attention. It has not worked. Now, Gatsby wants Jordan and Nick to arrange afternoon tea between him and Daisy.

Does this make us sorry for Tom? Not really. During the first “party” of the book, long before the reader knows about Gatsby’s mansion and his lush celebrations, Nick has dinner with Tom, Daisy, and Jordan. The double date seems promising at first, then falters under the bombshell of Tom’s own affair with a woman who keeps calling the house. In the book’s second party (that glittering night at Gatsby’s comes third), Nick gets swept along into a lurid bash at Tom’s love nest with his sensuous and working-class lover, Myrtle. The evening ends, as many of the novel’s get-togethers do, in violence.

For such a short work, The Great Gatsby is tricky to summarize. It is certainly about the phenomenon that would later be coined “the American Dream” by historian James Truslow Adams in 1931. The cultural mindset of the time, the illusions and delusions, the claims on self-invention and social mobility, along with their corollary — a silent but deadly class (and race) warfare — are all distilled in 148 pages. The broader historical elations and traumas that made up life in post-World War I America, new-world varieties of excess and restriction, show up to maraud across Gatsby’s back lawn.

Is the main thread of the story Gatsby’s enduring love for Daisy? Or it is Nick’s view of Gatsby’s enduring love for Daisy? If the book is a love story on the surface, not far beneath is Gatsby’s clumsy appropriation of the upper-class strata he wants to enter. He misunderstands what he is up against by assuming wealth is the only pillar of patrician life, and by believing it will not matter how his fortune was acquired. As for the messaging about old-money Americans, Fitzgerald’s feelings are clear: They do as they will and side-step the debris.

The back of my Vintage Classics edition reads:

“Jay Gatsby is a self-made man famed for his decadent, champagne drenched parties. Despite being surrounded by Long Island’s bright and beautiful, he longs only for Daisy Buchanan. In shimmering prose, Fitzgerald shows Gatsby pursue his dream to its tragic conclusion.”

This concise summary hits on all the main points, but just like my own initial introduction of the book, it leaves out one important point: It is Carraway’s point-of-view we experience, not Gatsby’s. That Gatsby is the subject of the novel without the story being told from his perspective adds to the book’s enigmatic herky-jerk feel. Skimming the details of Fitzgerald’s life, one sees Gatsby’s humble upbringing as a stand-in for the author’s: Fitzgerald loved and eventually married Zelda Sayre, an upper-class woman like Daisy.

Perhaps appointing Nick Carraway as narrator gave Fitzgerald some needed distance from the very personal, if fictionalized, version of his own life. For my part, I think it was a mature choice. Nick sees different sides of Gatsby, Jordan, Daisy, and Tom, and for this reason has trouble categorically holding them in contempt despite their failings. As Nick says so beautifully upon meeting readers on the first page, “Reserving judgements is a matter of infinite hope.”

Please share your thoughts on The Great Gatsby in the comments’ section below. You can join Dorothy in reading the next classic, House Made of Dawn by N. Scott Momaday, which will be the subject of her column on January 9th, 2023.