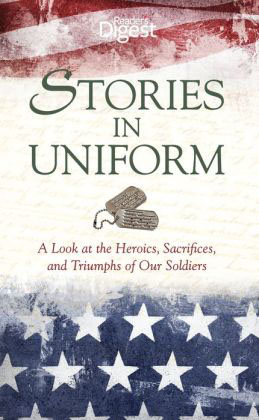 From: Stories in Uniform: A Look at the Heroics, Laughs, Sorrows and Tragedies of Our Soldiers (Reader’s Digest, 2013)

Sometimes I’m asked which I like best of all the pieces I’ve written. I guess the answer is something I wrote one night back in 1945, on the island of Guam. It was never published; I didn’t even sign it; but it was more rewarding than anything else I’ve ever done.

Guam was our base in the Marianas from which the B-29’s took off for their nightly incendiary raids on Japan. As an Air Force colonel, I had flown with them, and I knew what those missions were like. The seven endless hours over the Pacific to the hostile coastline. The wink of ack-ack guns and the flak bursts all around us, the ground searchlights that lighted up our cabin as though an auto had parked beside us in the sky and, after our bomb run, the red ruin of an enemy city burning. We would throttle down to cruising speed; there were 1,500 miles of empty ocean between us and home.

This particular night I was not flying. I sat in the Group headquarters tent with Col. Carl Storrie, waiting for the mission’s strike report. Storrie, a lean tough Texan, was the Group Commander, and he paced up and down the tent, restless as a caged animal, as the first news filtered in. The lead plane, commanded by Capt. Tony Simeral, had been forced to turn away from the target and had made an emergency landing at Iwo Jima. It was on its way back to Guam now.

We could make out the drone of its engines, see the red flares that signaled distress and hear the fire trucks rumbling out to meet it as it touched down. A few moments later Captain Simeral entered the tent. His face was white; he seemed to be in a state of shock. He fumbled for a cigarette with his left hand, and I saw that the back of his right hand was pockmarked with deep ugly holes that had burned clear to the bone. He took several drags before he could trust himself to talk.

It had happened as they approached the enemy coast, he said. They were flying the pathfinder plane, which drops a phosphorus smoke bomb to assemble the formation before proceeding to the target. On a B-29 this task is performed by the radio operator, back in the waist of the plane. At a signal from the pilot he releases the bomb through a narrow tube.

The radio operator on Simeral’s plane was a chunky, red-haired youngster from Alabama, Staff Sgt. Henry Erwin. His crewmates liked to mimic his soft southern drawl, and he was always with a grin, always quiet and courteous. He received the routine order from Simeral, triggered the bomb and dropped it down the tube.

There was a malfunction. The bomb exploded in the tube and bounced back into
Erwin’s face, blinding both eyes and searing off an ear.

Phosphorus burns with a furious intensity that melts metal like butter. Now the
bomb at Erwin’s feet was eating its way rapidly through the deck of the plane,
toward the full load of incendiaries in their racks below. He was alone; the
navigator had gone up to the astrodome to get a star shot. There was no time to
think. He picked up the white-hot bomb in his bare hands, and started forward
to the cockpit, groping his way with elbows and feet.

The navigator’s folding table was down and latched, blocking the narrow
passageway. Erwin hugged the blazing bomb under an arm, feeling it devour the
flesh on his ribs, unfastened the spring latch and lifted the table. (We
inspected the plane later; the skin of his entire hand was seared onto the
table.)

He stumbled on, a walking torch. His clothes, hair and flesh were ablaze.

The dense smoke had filled the airplane, and Simeral had opened the window
beside him to clear the air. “I couldn’t see Erwin,” he told us, “but I heard
his voice right at my elbow. He said — ” Simeral paused a moment to steady his
own voice. “He said, ‘Pardon me, sir’ and reached across to the window and
tossed out the bomb. Then he collapsed on the flight deck.” A fire extinguisher
was turned on him, but the phosphorus still burned.

Simeral’s instrument panel was obliterated by the smoke, and the plane was out
of control. It was less than 300 feet off the water when he righted it. He
called to the formation that he was aborting, jettisoned his bombs and headed
back to the field hospital at Iwo, three hours away. The crew applied first aid
to Erwin, gave him plasma, smeared grease on his smoldering flesh. “He never
lost consciousness, but he spoke only once the whole way back. He asked me — ”
Simeral took another drag on his cigarette. “ ‘Is everybody else all right,
sir?’ ”

At Iwo, he was still exhaling phosphorus smoke from his lungs, and his body had
become so rigid that he had to be eased out through the window like a log. They
carried him to the hospital. When they removed the unguent pads there and
exposed his flesh to the air, it began to smolder again. The airplane flew on
to Guam — with 11 men who would not be living save for the one they left
behind.

Simeral finished talking. A young lieutenant looked at the holes in his right
hand, where the phosphorus had spattered, and said tactlessly, “You ought to
put in for a Purple Heart, Captain.” Simeral, his control snapping, took a wild
swing at him. Then the flight surgeon arrived and gave him a sedative, and led
him away to have his burns treated.

We spent the rest of the night writing up a recommendation for the
Congressional Medal of Honor. It was simply worded. There was no need to speak
of heroism and sacrifice; the facts were enough. It ended with the conventional
military phrase: “Above and beyond the call of duty,” but that seemed to
express it pretty well. At five in the morning Colonel Storrie carried the
single typewritten page to Air Force headquarters. Gen. Curtis LeMay was
awakened. He read and signed it, and the recommendation was flashed to
Washington. The reply arrived in record time: Approved.

Iwo reported that Sergeant Erwin was still alive, but no one could say how much
longer he would survive. There was no Congressional Medal of Honor on Guam; the
nearest was in Honolulu, and a special B-29 was dispatched to fly the Pacific
to Hawaii.

The medal was in a locked display case in Gen. Robert C. Richardson’s
headquarters, and the key was missing. They smashed the glass, took the medal
from the case and sped back to Guam. General LeMay flew to Iwo and personally
presented it to Sergeant Erwin, in a ceremony at his bedside. He repeated the
final line about the call of duty, and Erwin said, “Thank you, sir.”

Several years after the war I heard that Erwin was back in Alabama, happily
married; he had regained the use of his hands and partial vision in one eye. I
hope he can read over his citation now and then. I hope it gives him as much
satisfaction as it gave me to write it.

The above is an excerpt from the book
Stories in Uniform: A Look at the Heroics, Laughs, Sorrows, and Tragedies of
Our Soldiers from the editors of Reader’s
Digest (copyright © 2013). Reprinted
with permission.