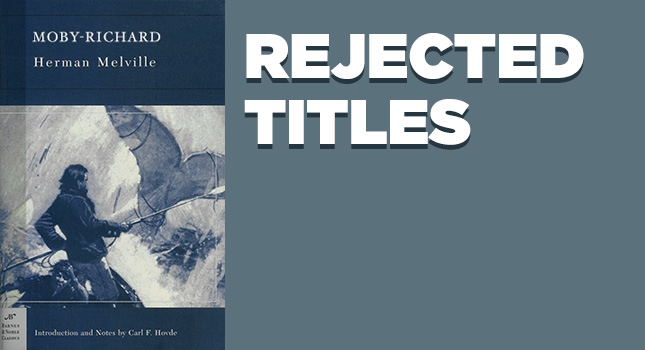 Have your own title that doesn’t quite do it? Share it in the comments section below, tweet it to @WIRoBooks, or post it on our Facebook page. It may appear in the next installment of “Rejected Titles” (be sure to tell us if we can use it)!

It’s still spring, but that’s no reason not to get a jump on your summertime reading plans!

Did you miss these the first time around? Here’s your chance to catch up on what your favorite writers have been saying!