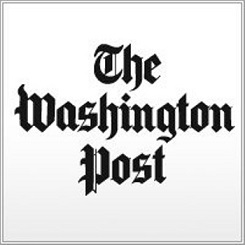 I am trying very hard not to accept Jeff Bezos as my personal antichrist. But he isn’t making it easy for me.

First, he almost singlehandedly wiped out most of the country’s bookstores and has put the printed book on the endangered species list while contributing greatly to the decline of mom-and-pop shops and privacy and anonymity in consumerism.

Then came the horrifying news that he bought the Washington Post.

While I check many current events websites and subscribe to the digital version of the New York Times, I get my first news of the day the old-fashioned way: from the inky pages of my local paper. Coffee rings and food stains are evidence of my morning trek through the news. The sports fans in my house pore over the sports section; the kids read the comics. Once the paper is completely crumpled and disemboweled, we are ready to face the day.

Soon after Bezos’ takeover of the Post, ominous changes began to appear. The “Five myths about…” section from Sunday’s Outlook section mutated and proliferated, creeping into the front page with features titled “What you need to know about…”; “Answers to questions about…”; and “...at a glance.” These articles are kissing cousins to the listicles that dominate websites.

Other web-like features invaded. Photos of feel-good scenes with no articles attached regularly rule the front page. Two-page spreads of photo essays flourish. Explanatory graphics are displacing written text. In a naked ploy for a younger readership, articles about millennials, who are threatening to replace baby boomers as the most egocentric and self-obsessed generation, have exploded.

With the recent announcement of Frederick J. Ryan Jr. as the Post’s new publisher, Bezos’ intentions for the paper are becoming terrifyingly clear: the former chief executive of Politico, Ryan has been brought on to expand and develop the Post’s online presence.

While protesting that he does not have a definite strategy in place yet, Bezos is shepherding the printed Post to its demise so that it may be resurrected in digital form. He has already declared his intent to make the Post website a part of a “daily ritual bundle,” meaning a site people will check multiple times a day for breaking news, weather updates, entertainment guides, etc.

Quality news reporting will become just one of the many features on offer (I hope), but just as important will be the human interest stories that garner clicks and go viral, and other tidbits perfect for sharing on mobile devices. Quoth Bezos, “The number one rule has to be: don’t be boring.”

Boring? Has the guy paid any attention to the news lately?

We got multiple terrorist groups hell-bent on the destruction of America; a super-deadly and highly infectious virus that is rapidly spreading; the resurgence of the Cold War; rampant sexual assaults in universities and the military; a heroin epidemic; militarized police forces and their unequal treatment of African-Americans; climate change that threatens human life as we know it; and a local football team that won’t give up its racist name, to say nothing of the shenanigans and corruption that are endemic in our practically dysfunctional political process.

Bezos has given a timeline of 10 to 20 years for remaking the Post into the digital-news image of his behemoth Amazon. But I doubt it will take that long before we start to see headlines like these:

“ISIS to al-Qaeda: You’re Doing It All Wrong!”

“SIDEBOOB: An Interview with Joe Biden”

“You Won’t Believe What Congress Is Up to Now”

“Not Again! Big Trouble in the Middle East”

“All the World’s Problems Explained in One Gorgeous Chart”

I can tell you one thing, when we are all forced to give up ink-stained fingertips and unruly pages that refuse to be reassembled into a neat bundle, the electronic news-delivering gizmo on which I slop my morning coffee won’t be a Kindle.

Make 2016 the best year ever, bookworms!