Writing as a purposeful act 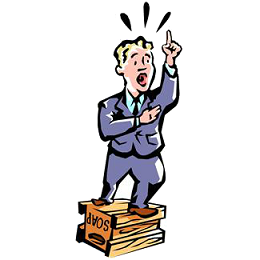 More than a decade ago, I attended a popular mystery convention. One of the panels was titled something like, “Mystery and Feminism,” and so I showed up expecting an in-depth discussion of the interlinkages and disparities within the mystery genre. Sisters in Crime actually formed with some of those disparities in mind, so what a great topic for discussion.

It turned out to be a huge disappointment. Only the moderator seemed to understand what feminism actually was, and she failed to define it for the panelists and the audience.

Instead, when each panelist was asked whether their female protagonists identified as feminist, not one said yes. One answered that hers wasn’t because her female lead wasn’t a man-hater. (You might still hear the reverberations of the head slap I did at the time.) Another answered that hers wasn’t because she would never go out and march. A third said that her work was apolitical, so her protagonist wasn’t anything at all.

Since I’d read the majority of the panelists’ work, I had a very different perspective. After all, each wrote strong female leads where it was assumed they were the equal of the men who populated their stories. Um, if that isn’t feminism at its core, then maybe I need a refresher course.

Yet lots of my writer friends say their work is apolitical. But here’s the thing: It’s not.

Writing fiction itself is a political act. Or at least it becomes one once it’s released into the world. Even if the word “politics” is never uttered. Even if the author doesn’t climb up on their soapbox and deliver an 80-page (I’m looking at you, Ayn Rand) soliloquy in the middle of their book.

Politics, like feminism, isn’t only about carrying signs in a march, or posting statuses on Facebook that proclaim you’re liberal or conservative, or donating money to a particular party. Those acts are, of course, political. But they aren’t the only ones. That’s why feminists have been known to say the personal is political. While the ultimate expression of politics is policy, laws, and codified social mores, those ideas come from acceptance of certain other ideas.

And ideas are the playground for writers.

When a writer types their first line, they’ve begun a personal and political journey. One of the most obvious political choices is who tells the story. This is true even if it isn’t intentional. Writing fiction is powerful. Even when we as writers don’t feel empowered ourselves.

It can take an idea and expose it to a larger audience. It can create a sense of normalcy or of making the strange familiar and the familiar strange. Writing can bring worlds to the reader that they’d had little to no insight into before.

I vividly recall reading Madeleine L’Engel’s wonderful A Wrinkle in Time. As a young teen, I adored fantasy, but A Wrinkle in Time was the first book I remember with a strong female protagonist. It let me know, without preaching, that I, too, could be the hero of my own story. It gave me hope.

Then, to my joy, I discovered The Dragonriders of Pern series. And another strong female lead. Since that time, I’ve read lots of books where there’s a female protagonist. Some good, some bad. And I’d still like to see many more where this is the case, especially for younger readers. I want my daughter to see herself as the hero through books just as I once did.

That girls and women could be the heroes of their own story may not sound like a revolutionary idea, but at the time, it was rare. Heroes were boys and men. Women were sidekicks, love interests, or femmes fatale. And when they were leads, they were often women whom I didn’t particularly identify with. But I identified with Meg Murry, and not simply because we shared the same first name. I identified with Torene, and not just because I wanted to ride a dragon. I could relate to them. They were me and I was them.

But it isn’t simply character. Tone, setting, and theme also convey messages to the reader. Even the genre/sub-genre a writer chooses makes an impact. Cozy mysteries play down sex and violence while righting a wrong and re-establishing the social order. How does that not carry a political message?

Romances have happily-ever-afters when many people certainly don’t have those in their own lives. But romance readers want that. They want stories where people fall in love and stay that way. That yearning tells us something about the system we live in and the relationships we have. The personal is political.

It’s also the reason that I’ve chosen to write LGBTQ romance. I like the idea that not only straight people get their happy endings. Until recently, LGBTQ characters were comedic sidekicks, villains, or sacrificial lambs. Sound familiar?

If I read one more novel where the gay guy dies at the end, I’m throwing that sucker across the room. I write stories that give LGBTQ characters their happy endings. I don’t get up on my soapbox and preach LGBTQ rights in my books. They aren’t obviously political at all.

Yet my choice to write LGBTQ characters is a political act. And maybe I won’t change the social landscape with my few novels. But what about when another hundred people decide to write “happily ever after” stories for LGBTQ characters? What about when a thousand do? Over time, it will happen. Straight people who never thought they’d read — much less enjoy — LGBTQ romance are now some of the biggest fans of the genre.

When Your Favorite Author Goes on Hiatus