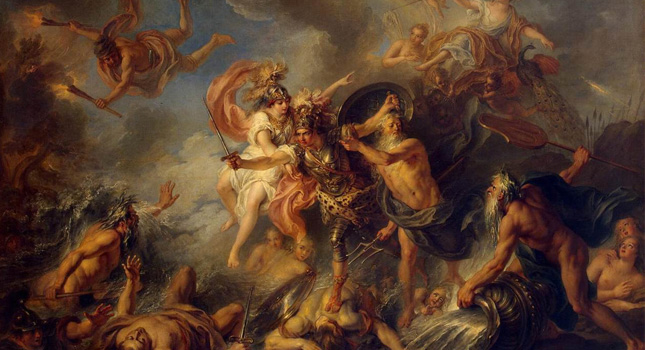 The Iliad by Homer

Achilles and Agamemnon duke it out during the Trojan War, and blood-soaked hijinks ensue. This ancient Greek epic poem is written in dactylic hexameter, the symptoms of which include a red, scaly rash.

Pride and Prejudice by Jane Austen

Inscrutable social mores, lush country estates, and endless petticoats. The landed gentry are different from you and me. Except for their willingness to marry for money, apparently.

A metaphor on the destructive nature of obsession, this novel chronicles Captain Ahab’s life-consuming search for the other other white meat. It’s like a trip to Sea World, only without the commemorative mug.

Crime and Punishment by Fyodor Dostoyevsky

A gruesome crime and one man’s struggle to justify it. Is murder ever appropriate? Are killers redeemable through love and penance? Can a surname have too many syllables?

War and Peace by Leo Tolstoy

How the 1812 French invasion impacted—and ultimately reshaped—czarist Russia, as told through the lives of several prominent families. Wait. The French invaded somebody? I know, right?