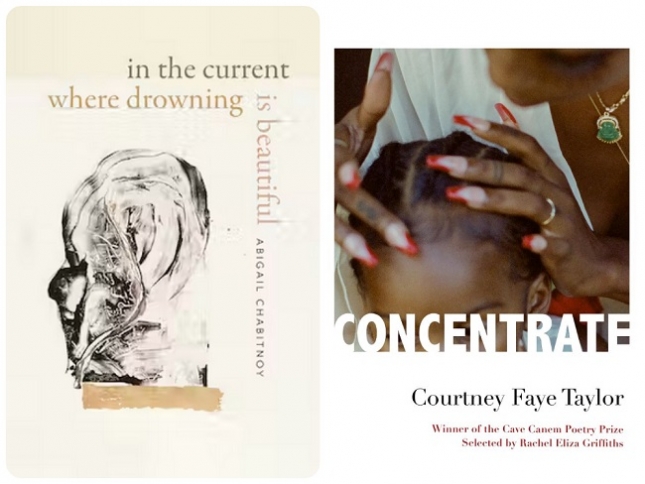 November, we greet your madness of electoral strangeness; flip-flop temperatures; a Democratic-majority Senate voting to end the covid-19 Emergency Declaration while the virus still rages; historic protests by the people of Iran; Twitter imploding in the narcissistic grip of Elon Musk; and half-bare trees.

It is also Indigenous Peoples Month, which this year contains a challenge to the Indian Child Welfare Act. The Supreme Court just heard arguments over the act and (given its past actions) might strike it down, leaving Indigenous children even more vulnerable to being stolen from their families and communities via state-sanctioned human trafficking.

I believe poetry should meet the moment, encapsulate it, and expand upon it, and this month’s collections do that and more. Each book remains alive inside me in powerfully uncomfortable ways, which is exactly how poems are meant to affect us. They give us an examination into ourselves, into this American experiment and its pervasive dangers and rot. It’s an experiment in which even the two featured poets’ continued existence is not assured, as they are Black and Indigenous women. Their use of language and form must be weapons both to defend and to attack.

What do we give thanks for in a country where Indigenous and Black women go missing every day; where a Black girl with two dollars in her pocket goes to buy juice and is killed by a shopkeeper whose mind has been poisoned by anti-Black fear propaganda; where we send our children to school not knowing if today is the day they’ll be gunned down by another child?

What do we give thanks for? We give thanks for Abigail Chabitnoy and Courtney Faye Taylor, poets who open our hearts and minds to that which we fear, that which makes us uncomfortable, so we can learn from it. So that we can change it.

Poets shine the light, and if we keep close watch, we can glimpse the path forward.

Abigail Chabitnoy’s second collection, In the Current Where Drowning Is Beautiful (Wesleyan University Press), is the quiet within a tidal wave as a fragile body finds itself cresting before the violent crash and inevitable end. The collection is, in fact, shaped around the concept of a wave in all its lingual and physical iterations.

As Chabitnoy is a member of the Tangirnaq Native Village in Alaska, the ocean looms large here, but so do the recurring images of teeth — human or otherwise — that haunt these poems like visceral ghosts. I think of how teeth falling out is a recurring nightmare for many people, myself included, and also how we either throw away or keep these relics that are so uniquely ours. Fingerprints decay, but teeth remain to identify us. Often, they’re all that remains.

Perhaps that’s part of Chabitnoy’s genius in invoking this image. Teeth as artifact of what once was; who a people and more-than-human kin were; what the land was and is now while under the onslaught of Eurocentric colonization.

In “Kingugturningaitua,” she writes, “What if we were born with skin thick/and hard as teeth?/And every time another one of us was thrown into the sea/we became a wondrous beast?” And in “If You’re Going to Look Like a Wolf They Have to Love You More Than They Fear You,” we get a recurring, specific image: “The first deer had large teeth and no horns/and were not afraid.”

Teeth conjure the theme of the missing: the children who never made it back from Indian boarding schools (bodies are still being exhumed in the U.S. and Canada); the Indigenous women who disappear in such frightening numbers that we now create remembrance days and legislation to protect them; and as mentioned before, the children who fall under the Indian Child Welfare Act, which was meant to protect families from genocidal-based separation.

In “How It Goes,” Chabitnoy invokes all of this, as well as the Central American children forcibly separated from their families by a Trump administration policy that’s barely begun to be rectified by the Biden administration. Most of the migrants affected by the horrific policy are also Indigenous. It is, after all, the American way:

In the footsteps of Claudia Rankine, whose Citizen shattered poetic racial barriers, comes Courtney Faye Taylor’s Concentrate (Graywolf Press), selected by Rachel Eliza Griffiths as the winner of the 2021 Cave Canem Poetry Prize. Taylor’s book is a profoundly important examination of Black girlhood and womanhood wrapped around the murder of 15-year-old Latasha Harlins in South Central Los Angeles in 1991, at the cusp of the L.A. riots set off when Rodney King’s brutal beating by police was captured on camera.

Harlins went into Empire Liquor Market and Deli to buy a bottle of juice, was accused of shoplifting by store owner Soon Ja Du, who is Korean, and was shot by Du in the back of the head as she walked away.

Du was convicted of manslaughter, but the judge only gave her probation. Concentrate tells the story of an aunt’s warnings to her young niece as she braids her hair that Black girls are not safe and to remember Harlins’ fate. The girl becomes a woman and wants to understand how the U.S. manufactures and exports anti-Blackness overseas, creating the fraught racial dynamics that exist within non-white-designated groups, particularly between the Black and Asian communities.

Taylor writes in one poem (all of which are untitled and belong to the unified whole) about tutoring an immigrant student from South Korea whose biggest culture shock came upon landing in California after a lifetime spent watching white-glorified images of America on TV:

“But when my tutee arrived, she did not arrive on a beach or DC’s Foggy Bottom. Compton: all naked of glamor and skyscraper. The Southside, cockeyed, cockamamie, off-center, off-white.

“‘When I arrived, I was disappointed.’

“‘I did not know there would be so many black people here.’”

More importantly, Taylor seeks to find, witness, and honor Latasha Harlins, the Black teenager (whose mother was murdered in a nightclub) whose aunt spent the rest of her life seeking justice for. A lost girl like so many other Black girls and women who’ve disappeared and still disappear.

In Concentrate, we visit, along with Taylor, Harlins’ old school, where “Latasha was here” is hauntingly scratched into the cement next to other random names. We see a mural of Harlins, through which we discover she was a budding poet. We enter the graveyard where Harlins was buried and learn — in what may be the most heartbreaking, infuriating part of this heartbreaking, infuriating story — that, at some point in the 1990s, Paradise Memorial Park’s proprietors dug up graves and tossed bodies aside in a jumble in order to resell the used caskets. Harlins’ grave may have been among them. Taylor cannot find Harlins’ grave but learns of a memorial, which she determinedly visits the next day before her flight home.

It is the casual careless treatment, the dehumanization, of Black females in life and in death that strikes hardest. Taylor likens her journey to that of Alice Walker looking for Zora Neale Hurston, another brilliant light whose life and work were long an afterthought and nearly forgotten. Taylor is determined to find Latasha Harlins’ grave for Harlins’ sake, for her own, and for all Black women. It’s the only kind of justice many Black girls and women ever get: an acknowledgement that they existed.

This is a book that has many layers and forces the reader to not look away, to see alongside the poet, to bear witness beyond the Black female body and into the very soul of humanity.