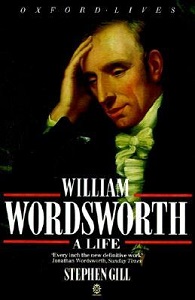 People from around the world send me their favorite poems. It’s one of the things I love best about recording my podcast, “Read Me a Poem.” Listeners have introduced me to poets like Rabindranath Tagore, Jose Rizal, and Alice Dunbar-Nelson.

I’ve also been reminded of forgotten favorites. All kinds of memories flood back when I reread them, which is what happened when somebody suggested “Tintern Abbey” by William Wordsworth.

“Tintern Abbey” begins as a reflective ode to nature, and it’s one of Wordsworth’s greatest poems. I studied it as an undergraduate but had forgotten how beautiful it was. The poem goes on for several pages, but as with a lot of Wordsworth’s poetry, you can get a little bogged down in the middle of it.

He begins by reflecting on his relationship to nature. Although the “aching joys” and “dizzy raptures” of youth are over, “other gifts/Have followed; for such loss, I would believe, /Abundant recompense.”

Among these gifts is contemplation. But who would take contemplation over aching joys and dizzy raptures? And since going over memories is inherently nostalgic, a wistful tone creeps into the poem. He finishes by extolling his sister’s “wild eyes” and “gleams of past existence” he now enjoys vicariously. Thus, it becomes not so much a poem about nature as a poem about the nature of memory.

So here I was thinking about Wordsworth when serendipity struck. Scrolling through Instagram, I came across an article by Matthew Bevis in Harper’s, “Faintly Risible, Obscurely Resonant.” It turns out this year marks 250 years since Wordsworth’s birth. Bevis’ witty article pointed me to William Wordsworth: A Life, a meticulously researched biography by Stephen Gill. How about this for a descriptive passage:

“When Hazlitt visited in May he was in no doubt that he was in the company of genius. At 20 years old he was ready to be enchanted and he was…Wordsworth ‘in a brown fustian jacket and striped pantaloons’ looked like the rover in Peter Bell, his talking ‘very naturally and freely, with a mixture of clear, gushing accents in his voice, a deep guttural intonation, and a strong tincture of the northern burr, like the crust on wine’ his appetite as he ‘began to make havoc of the half of a Cheshire cheese on the table.’”

Wordsworth wrote “Tintern Abbey” in 1798 while touring Wales with his sister, Dorothy. “On 10 July, William and Dorothy crossed the Severn and walked to Tintern, setting a pattern of daily walks of about twenty miles,” Gill writes. It begins:

Five years have past; five summers, with the length
Of five long winters! and again I hear
These waters, rolling from their mountain-springs
With a soft inland murmur.

In the five intervening years, he’d lived in France and witnessed firsthand the beginnings of the French Revolution. He had fathered a child in France, but upon returning to England, left both mother and child behind.

As I read Gill’s biography, I found myself going over memories of the Lake District and my first introduction to Wordsworth. My father, a classically trained actor, used to recite a particular passage from “The Prelude,” which speaks about the rugged Lake District landscape the poet knew so well, and which we visited as a family.

Once we stayed at a Keswick farmhouse, climbing hills and walking down lanes lined with stone walls whose boundaries go back to the 11th century. Spring lambs frolicked in the fields, and we watched farmers shearing sheep. We took a boat across Windemere and picnicked on its banks. Even the names of the lakes transport me: Ullswater, Grasmere, Derwentwater, Windemere.

When I was about 16, we visited Dove Cottage in Grasmere, where Wordsworth spent eight productive years. I remember being astonished that such a tiny cottage had accommodated Wordsworth, his wife and three children, sister, and sister-in-law. Coleridge was a frequent visitor, as were Charles and Mary Lamb, De Quincey, and many others.

My literary imagination was ignited. I still have the copy of The Journals of Dorothy Wordsworth that I purchased in the gift shop. The entries give you a vivid sense of daily life. Wednesday, October 15, 1800, was:

“A very fine clear morning. After Wm had composed a little, I persuaded him to go into the orchard. We walked backwards and forwards. The prospect most divinely beautiful from the seat — all colours, all melting into each other. I went in to put bread in the oven and we both walked within view of Rydale. Wm again composed at the sheep-fold after dinner.”

I wanted to be part of this world, if only in imagination, as a reader and lover of poetry.

Stephen Gill’s biography speaks about Wordsworth’s high-mindedness and his bittersweet relationship with Coleridge. I learned about his political fervor and about a guidebook, Select Views, written about the Lake District, which I’d really love to read. (I Googled it, by the way, and found I could purchase a copy for $1,000).

I learned about the early deaths of two of his five children and the death of his grown daughter, Dora. His output was prolific, but critics sometimes considered him boring, even during his lifetime (and this was amusingly touched on, too, by Matthew Bevis in Harper’s). And, in spite of his vast achievement and notoriety, he labored for decades on one ambitious poem, “The Recluse,” before finally deciding the challenge was beyond him.

He ends “Tintern Abbey” by telling Dorothy that he hopes she will remember standing together on the banks of the Wye, even if they’re parted in the future:

Nor wilt thou then forget,
That after many wanderings, many years
Of absence, these steep woods and lofty cliffs,
And this green pastoral landscape, were to me
More dear, both for themselves, and for thy sake.

Returning to those pastoral landscapes after so many years has been a gift in these difficult times.