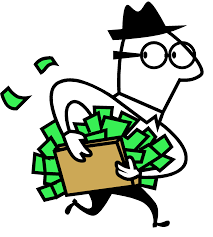 In a recent column, I addressed the black cloud that hovers over most writers: the fear of rejection.

I pointed out that some of the world’s most famous — and eventually richest — authors (Jack London, Jack Kerouac, George Orwell, Sylvia Plath, Mario Puzo, and Alex Haley, to name a few) could have papered the Superdome with the letters they got from agents and publishers who told them they couldn’t write.

I was, of course, talking about “traditional” publishing. Now, thanks to Amazon and others, anyone can publish a book, both in digital and print form. There are millions of such books out there. Many are self-published by people who went the traditional route and were rejected.

One has to wonder if some of the authors mentioned above would be household names if they wrote today. I mean, suppose if a modern Jack London decided after, say, 300 of his total 600 rejections that he would self-publish White Fang on Amazon!

A few self-published authors strike it rich, such as Andy Weir with The Martian (one of my favorite books and movies). But most desperately struggle to grow their readership. And, thus, they become prey to gurus who claim to offer the secrets of success.

Now, I’m not saying that ALL the advice available is worthless. Some isn’t. Amazon itself offers great “how-to” instructions on publishing and hints on marketing. Smashwords, too.

And I’m not talking about the plethora of self-published writing and publishing guides, mostly digital, available on Amazon and elsewhere. I have a couple on Amazon myself. But it’s definitely caveat-emptor territory, even though many of them are very inexpensive.

I am talking about the email solicitations I and thousands of others get for “free” marketing training. If you register for one of these “seminars,” which usually run an hour, you are told when and where to sign in electronically. At the appointed time, your computer screen is taken over by one or two gurus who offer PowerPoint presentations. (I don’t mean that your computer is literally taken over; you can always sign out.)

If you hang in there, you will be given 10 minutes of background on the presenters, who have “sold” millions of books using their systems (begging the question of why they are giving seminars). The backgrounds usually highlight how they left boring careers and are now independently wealthy (more begging needed). They also occasionally include pictures of their adorable children and dogs.

After that, there is usually a list of crucial ideas they will cover, and then interminable explanations of the obvious. I say “obvious” because most of the ideas are basic and free on Amazon or available for a pittance as an e-book. Reader magnets (look it up), email funnels (I think this has something to do with magnets, but I’m a bit hazy), advertising, Internet links, etc.

(A disclaimer: My writing guides deal mainly with characters, style, and tone, and state shamelessly and repeatedly that I hope people read my thrillers.)

None of this is illegal or as egregious or expensive as, say, Trump University. And if you want to devote an hour to being told you are wonderful, or if you need a boost to continue writing, go for it.

But, as you might guess, these seminars are aimed at getting into your pocket. There’s a cottage industry devoted to aspiring authors. There are writing workshops, conferences, retreats, and the like, often very costly. I’m not saying that they should be avoided. They are a good way to meet other authors, some famous. Everyone likes to schmooze once in a while. I’ve attended one or two conferences and came away energized and inspired.

I’ve even participated as a speaker at the Independent’s own Washington Writers Conference. I was brilliant, by the way, and got some nice photos with Bob Woodward, of Watergate fame. That conference was much more enlightening than a huge circus-like one I attended years ago in Manhattan, which I wound up parodying in my book Killerfest.

Then there are courses offered by some prestigious magazines, which offer “online writing workshops [to] cover every aspect of writing; from how to get started all the way to getting your project published.” They feature classes “for every type of writer, no matter your skill level.” Ouch!

Some even allow you “to gift courses to your fellow writers!” Wow!

Here are some courses offered:

“Advanced Horror” is advertised as a “workshop.” You couldn’t pay me to take that class!

My gut instinct about all of this? Your time would be better spent writing.

Why everyone is entitled to my opinion.