My Year in Reading 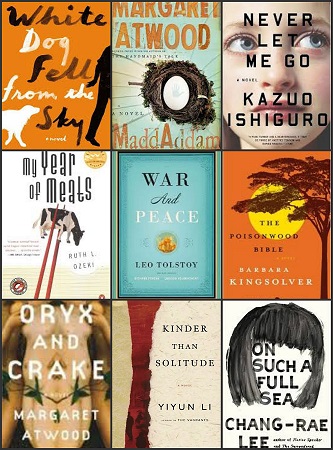 In 2014, I read 2.7 books a month. (This statistic would not hold up under scientific scrutiny, but it's probably not too far from the truth.) Only one of them was awful; the rest ranged from okay (The Beautiful Mystery by Louise Penny; Kinder Than Solitude by Yiyun Li) to the sublime (see below).

So, in the spirit of those ubiquitous Best [Fill in Product Here] of the Year, here is my list of Notable Books Read in 2014. (Sorry, Ayelet Waldman, you're not on this list, but believe me, I feel your pain.)

My hope for 2015? That Margaret Atwood wins the Nobel Prize. My resolutions: to read more nonfiction, to scour my own bookshelves for those long unread classics, and to re-read some old favorites.

Learning from missteps while taking the next steps.