Which books get to come to my new place? 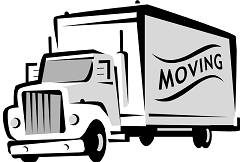 I’ve written in the past about books I love and books in my personal library (which are often the same).

But I don’t think I’ve penned a column about tomes I can’t live without.

Now, because I’m moving, I must.

I HAD an extensive collection. But moving a long distance can be quite expensive. (My last move was basically across the street. I took everything but the kitchen sink.) One of the first things people (on the internet, of course) tell you is to ditch books, which weigh a lot and take up space in the moving van.

(An aside: I am a devoted digital self-publisher. I have more than 30 thrillers, mysteries, and anthologies on Amazon as e-books. But I am also a devoted reader of print books, and all of my novels have print versions on Amazon, and many are also available through Barnes & Noble.)

I’m no Nazi. I can’t just throw away books. Even those I haven’t read in 30 years and have dust jackets that are, well, dusty. It’s not that I haven’t given away books in the past. The local library was always glad to take some of them.

I said “was” because they stopped taking anyone’s books during covid. They wouldn’t even take books on viruses. But St. Matthew’s House (a local Goodwill-like charity) took a bunch and kindly directed me to a library in a nearby town that took the rest.

So, here are some of the books I’ve kept. They don’t include those that will go with me for sentimental reasons, such as a few that I or friends wrote, or those related to my craft or places I’ve lived. (I have the original, complete six-volume Staten Island and Its People, written by Leng and Davis in 1930!)

The list isn’t complete, and some books on my dwindling shelves may not make the final cut, but these will:

I’m taking the plunge and selling my novels via multiple sites.