The author of Ballots and Bullets: Black Power Politics and Urban Guerrilla Warfare in 1968 Cleveland comes to DC on Sat., July 7th, at 3:30PM. 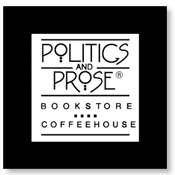 Robenalt’s account of racial violence in Cleveland could be taken from today’s headlines, but the incident he reports happened on July 23, 1968. In a clash between black nationalists and police, six people were killed and at least fifteen injured. The shootings led to heavy rioting, but what exactly set them off is still unclear. Recreating the days in question, Robenalt, a Cleveland-based trial lawyer and the author of January 1973, puts them in the context of Cleveland’s long racist history. Though the city had been the site of Malcolm X’s “The Ballot or the Bullet” speech in 1964 and had elected Carl Stokes, its first black mayor, just months earlier, these weren’t enough to mitigate decades of injustice — nor to prevent the nationalists’ leader from facing an all-white jury, who found him guilty and sentenced him to death.

This event is free to attend with no reservation required. Seating is available on a first come, first served basis.

The author of White Feminism: From the Suffragettes to Influencers and Who They Leave Behind on Mon., Jan. 11th, at 6 p.m. (EST)!

The author of The Kaepernick Effect speaks virtually on Mon., Sept. 20th, at 6 p.m. (EDT)!