The authors will read from their work at George Washington University on Thurs., March 29th, at 5PM. 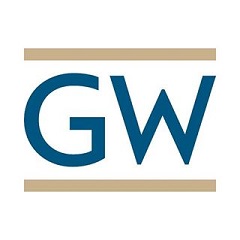 Frederick Pollack, an adjunct professor of creative writing here at GW, published in 2015, a collection of his poetry. A Poverty of Words features 92 poems that take on a variety of topics, including, but not limited to, politics and metaphysics. GW's own, Jane Shore, says of Mr. Pollacks most recent publication, "In his rich new collection, Frederick Pollack has opinions and observations about everything. Pollack is 'didactic' in the very best sense of the word--and learn I did from his unflinching, never ingratiating poems." Additionally, Co-Founder of Story Line Press says of Mr. Pollack, "If you've never read this poet, prepare for one of the greatest breakthroughs in your reading life. Yes, Frederick Pollack is that good."

James Han Mattson, also a member of our GW community, teaches creative writing both here and at the University of Maryland. His recent novel, The Lost Prayers of Ricky Graves, was published just this past December. Poignant as it is topical, Lost Prayers, is the story of a teenage boy who takes his own life, and the life of his classmate. In the wake of this tragedy, Ricky Graves' community searches for the signs they missed, wondering if this unfortunate crime could have been avoided. It will take Jeremy Little, Graves long-distance internet crush, to put the pieces together and atone for missing Graves cries for help. Amazon.com notes, "In raw, poignant alternating first-person narratives, interspersed with e-mails, gay chat-room exchanges, and other fragments of a youth laid bare in the age of social media, The Lost Prayers of Ricky Graves unravels the mystery of a life in all its glory: despair and regret, humor and wonder, courage and connection."

These readings, given by two different writers, one a poet, the other a novelist, are sure to show us something about ourselves for it is evident in their work that Mr. Pollack and Mr. Mattson are expert observers of human nature and the world around them. Join us for what will be an informative and transformative experience.