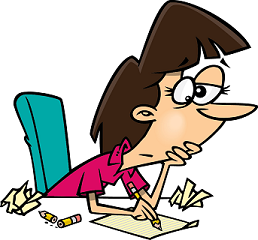 Truth may be stranger than fiction, but for me, fiction is stranger to write. How do they do it? I ask myself whenever I crack open a novel by Lauren Groff, Ocean Vuong, J.M. Coetzee, or countless other miracle workers. How do you do it? I ask friends who write fiction. How exactly, Michelle Brafman, Susan Coll, Mary Kay Zuravleff?

I once even asked Carolyn Parkhurst if she got drunk when she wrote The Dogs of Babel (a linguist tries to teach his dog to talk?!). She didn't, by the way, though booze may be the muse for others.

When I went to friend Leslie Pietrzyk's reading at Politics and Prose (remember those days?), I again asked her how she was able to write Silver Girl, an unforgettable story about a complicated female friendship set against the backdrop of the 1982 Tylenol murders.

"I just did," she answered, like it was nothing at all.

Later, she and another writer friend, Richard Peabody, in an effort to prove this nothingness, attempted to give me a writing prompt to set me off on my nascent fiction career.

"Let's say you're walking down the street," Leslie began, "and you see your ex-boyfriend arm-and-arm with another woman."

"Ooh, that's good," I remember saying. "And then what happens?"

"They're pushing a baby stroller," Richard chimed in.

After some exasperated eyerolling on both parts, Leslie said, "Just make it up. That's your job."

Actually, my job — the job where I write about particle accelerators or Renaissance festival performers or a bunch of retirees standing around and flying remote-control aircraft — is to do the exact opposite. There are umpteen hours of phone calls, reams of interview transcriptions, stacks of highlighted research papers, and, recently, a copyeditor who wanted to know if the parachute used by Smoky, a Yorkshire terrier who flew WWII combat missions as a mascot for the Air Corps, was dog-sized or people-sized.

(And no, I did not just make this dog thing up.)

And how about those writers who take on an opposite persona? Lauren Groff writing from the perspective of a boy named Bit in her remarkable Arcadia. Or Colson Whitehead's Cora in The Underground Railroad. Or Evan Balkan, whose Independence opens with a stranger coming to town in the form of the slightly menacing Lee. He is soon encountered by Lilly, the young protagonist in whose POV we get the story.

"I did not feel very comfortable in my abilities to create believable female protagonists until I had two daughters," says Evan. "Only in this way was I able to witness the subtle interactions between young girls and draw from them. It’s amazing how much they and their friends talk when I am driving them somewhere, as if I can’t hear them from the back seat."

Okay, I know what you're thinking: Why don’t I try one of those how-to books like What If? (which should’ve come with a disclaimer, "What If you never opened this book?"). Or what about, you might say, Save the Cat! Writes a Novel?

I made the latter purchase at the start of lockdown, figuring I'd use my time in quarantine to write my own Great American Novel. Save the Cat! (which I mistakenly kept calling “Kill the Cat”) is currently dying in my 9-year-old son's bedroom. He used it to write his first draft of The Pyromaniac Ghost.

But enough about that. Right now, I need to figure out how to handle an ex-boyfriend with a baby stroller.

The Story of Oh!

How bodice-rippers taught me to love reading.