This election is destroying my work — and my sanity. 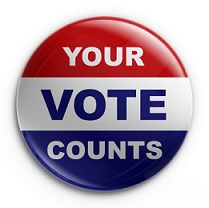 I have a campaign-porn problem.

As any writer knows, the internet is both a blessing and a curse. The trick is reaping the World Wide Web’s many rewards without becoming ensnared in its sticky threads.

Some writers employ special internet-blocking software; others use a computer that cannot access the internet. I like writers who don’t get captured by the internet. Losers!

I’ve always prided myself on my disciplined approach to using the internet while writing. But ever since the Great Orange Marshmallow Peanut descended his escalator to rave about Mexican rapists, turning our staid election process into a three-ring circus, that self-restraint, much like the country itself, has gone to hell.

My mouse finger has developed an uncontrollable twitch as I chase that surge of adrenaline-fueled fear that hits when confronted with yet another tawdry tale from the Trump files, fat with fraud, race-baiting, misogyny, narcissism, profiteering, fame-chasing, cheating, and smut.

Oh, the smut! Hand size. Breast size. A piece of ass. Blood coming out of her whatever. Moved on her like a bitch. Grab them by the pussy. And just when you thought it was safe to go back on the internet again… Breaking news! Dick pics (Weiner pics?) and statutory sexting!!

In the words of a man who’s been married three times and had at least two extramarital affairs, including one while impeaching a president for sexual indiscretions, this is a campaign that is “fascinated with sex.”

Along with the Bill Cosby and Roger Ailes cases, this focus on the secret sex habits of the rich and powerful has helped to bring the subject of sexual harassment out of the hushed shadows of the corridors of power and into the harsh light of day. As more women go on record with their experiences, the preyed-upon realize that they are not alone. Those awful experiences that have been buried deep down have happened to others. Have happened to everyone.

It happened to me. The first time, the most searing, I was 12, and a man pawed my chest while my parents were in another room. I did not yell for help, tell him to stop, or run to tell my parents. In fact, I never told anyone. Not because I enjoyed or welcomed it, not because I wasn’t profoundly disturbed by the shocking violation of his crushing hands, but because the predator well understands the complicity of shame. At the time, I didn’t know that by remaining silent, I was just passing on the experience to another unsuspecting victim, and maybe next time the perpetrator would be even bolder.

Now I know: Every woman out there has her own story of unwanted sexual attention. It is a global epidemic that can only be stopped by speaking out and naming names. Thanks, Trump!

But it’s not just the actual pornographic part of campaign-porn that keeps me captive to the internet. I’m also entranced by the limbo contest of spineless politicians as they contort themselves to slither under a bar that keeps getting lower.

With their ever-shifting endorsements and non-endorsements, Republican candidates try to have their cake (not endorsing Trump) and eat it, too (but voting for him), revealing their high-minded shibboleths of patriotism and God-fearing morality to be lies. Trump is a thresher who separates the wheat from the chaff. So few precious grains of wheat, so many empty husks of naked, craven ambition.

Meanwhile, I am trying to write a historical-fiction novel. UC Berkeley has digitized a huge trove of primary sources on my chosen subject, so I frequently go online to consult the material, search for period details, and double-check facts. Lately, though, every time I leave the safe haven of Word and toggle over to the internet for some bona fide research, a sweaty-fingered tap of the mouse has taken me to a news site.

Just a little peek, I tell myself. I know it’s wrong. I know I should resist. But I can’t, and by straying from the path of the creative process, the fragile thread that connects my mind to my literary creation is broken. “It’s okay,” I mutter, “I’ll be able to get back to it right after I finish this article, after I check that poll, after I read one more op-ed.”

But each click leads to another. Never have I agreed so much with George Will, Michael Gerson, and David Brooks. Never ever have I agreed with Glenn Beck. I find comfort in the outrage of strangers, from the savagely inventive name-calling of the Scottish to #TrumpBookReports.

I’m cautiously (perhaps foolishly) optimistic that, rather than just beginning, our long national nightmare is almost over. Voters will reject the divisiveness and the hate-mongering, they will realize that Trump has neither the intellectual nor the moral competence to helm this great nation of ours.

For the sake of our democracy, our Constitution, and all that our Founding Fathers held dear, the people will resoundingly vote the right one in. And I’ll finally be able to work again.

My Year in Reading