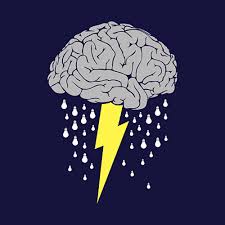 The 19-year-old freshman came to my office for a conference. He told me he wanted to write about the conflicted relations between North and South Korea. I said, “That’s a big topic. How many years have these countries existed?”

I said, “So, you’re going to write a paper examining all 60 years of the countries’ history? No, let’s narrow it down.”

So we began to make a list of the ways that the DPRK and ROK struggle. It became clear that they each struggle, but they also work together. As we wrote down ideas historical, social, and cultural, he said, “DMZ.”

All of a sudden, the topic came into focus.

These days, I’m working with my students on choosing a research topic, with which many of them struggle. In fact, this relates to a previous posting, “Microcosmic Examples.” For lack of maturity or lack of training, many Americans come to college with no confidence in choosing a properly proportioned topic for long essays.

I don’t even assign my students a mandatory page count; I require 25 or 30 paragraphs. When they know how many paragraphs they have to produce, they can measure out their structure beforehand. So even before the students look for a microcosmic example, they have to scour their brains for the basic ideas about the topics they’re going to spend 10 weeks researching and writing about.

One student came in with an idea to examine racial conflict in the U.S. entertainment industry — a huge topic. So we began to brainstorm a free-flowing list. As we listed economic, psychological, and social examples, we could see that the topic would be too big. Then the student added “blackface” to the list, and the topic came right into focus.

When we finished brainstorming, the students had a more narrowed idea of their topic, clearer focus for their research, and a thesis statement that would guide the structure and organization of their writing. This should always be the purpose of a brainstorm list: It is a tool to take you to the next level.

Another student was interested in the Tamir Rice case, but she didn’t want her topic to be the same as everyone else’s. So as we were discussing police brutality and the other cases out there — Michael Brown in Ferguson, and Eric Garner in Staten Island — we found ourselves talking about how videos of the incidents have helped and hindered the understanding of the truth. So we formulated a thesis statement that would allow using the various cases as support for an examination of the proposed solution: more surveillance options for the police.

In each of these instances, I could see the students’ “A-ha!” moment, the instant when their many seemingly random ideas were galvanized into a structure that would serve them and help their readers see both the small picture and the bigger one.

These are the thesis statements we ended up with at the conclusion of the brainstorming sessions:

Good writers are able to train themselves to put together brainstorm lists and thesis statements in a matter of moments. It’s a great technique for sorting through the chaos.