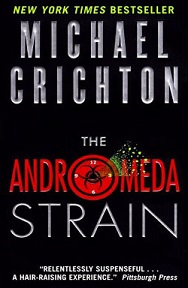 Wow. It’s amazing how events can overtake us.

I promised in my last column to continue my “truth is stranger than fiction” ruminations, detailing scenes in some of my thrillers and asking you to guess which I imagined out of whole cloth, and which actually happened.

Seems a bit of overkill now, with what’s going on pandemically.

But, just to finish the thought: ALL the incidents I have already mentioned REALLY happened to me. I may have embellished them in my writing, but, hey, that’s my job. I also changed the names to protect the guilty (me). When things calm down, I hope to revisit the topic.

The New York Times recently ran an interesting piece by an author who opined that this might not be the best time to start writing a virus-disaster novel. It’s fine to take notes, but perhaps we should let the dust settle to provide some perspective.

However, in a similar light, don’t you find it weird that many novelists and screenwriters in the past have written about “unlikely” catastrophes that are now in the headlines: “The Andromeda Strain,” “Outbreak,” “Contagion,” “Armageddon,” “Deep Impact,” “The Day After Tomorrow,” and, of course, one of my favorites, “2012” (a movie that came out in 2009!).

Thank God our politicians are always prepared for the worst. Not!

I myself have written a couple of thrillers (The Viron Conspiracy and Thawed), in which the world is threatened by disease. Fortunately, we all survive, mainly because most of my thrillers are in series form and, well, you know). Of course, in Thawed, I do manage to mess up the Kentucky Derby, and, sadly, so has the current pandemic.

I have four grandkids. The three in Connecticut (ages 14, 12, and 10) are readers. So, I ordered some age-appropriate books for them which I hope mitigates, somewhat, their cabin fever:

I also have a toddler grandson in California who can’t read yet, although I’m pretty sure he can handle an iPhone better than I can.

Finally, there is a letter making the Internet rounds, purportedly written by F. Scott Fitzgerald while he and his wife, Zelda, were under quarantine in France during the Spanish Flu outbreak in 1920. It is a parody, easily vetted by his claim that Hemingway punched him in the stomach when told the bars were closed (F. Scott supposedly asked Ernest if he’d washed his hands).

However, there is a great line: “The officials have alerted us to ensure we have a month’s worth of necessities. Zelda and I have stocked up on red wine, whiskey, rum, vermouth, absinthe, white wine, sherry, gin, and lord, if we need it, brandy.”

Lawrence De Maria has, for the time being, stopped writing about plagues and other disasters.  From now on, he plans to write about puppies and other nice things. Not really. But he urges readers to find some books that will brighten their lives. We all need a break.