In this first biography of Seymour Hersh, Robert Miraldi chronicles "America's greatest investigative reporter," from My Lai to Abu Ghraib. 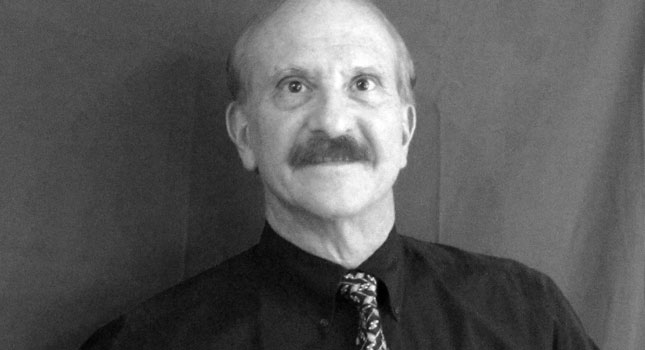 For over four decades, the name “Seymour Hersh” has chilled the hearts of Washington power brokers, who have derisively struck back with a host of epithets: “Sly Sy,” “King Sy,” “Terrorist Sy” — none of which have had much of an effect on the dogged newspaperman from Chicago. Rivaling Bob Woodward for the title of “America’s greatest investigative reporter,” Hersh has spent his career digging up information that the government and military have badly wanted to conceal. After stints in Chicago’s legendary City News Bureau (immortalized in the classic film The Front Page) and at the Associated Press, Hersh rocketed to national fame when he broke the My Lai scandal in 1969 — a story that, in an era of greater press deference, no other paper wanted to touch.

His coverage was only the opening volley in a barrage of scoops that would follow on subjects such as the U.S. bombings of Cambodia, Watergate, Henry Kissinger, domestic surveillance by the Central Intelligence Agency, the Mafia, the shooting down of Korean Airlines Flight 007, and Abu Ghraib. In this first-ever biography of the famed reporter, Seymour Hersh: Scoop Artist, Robert Miraldi, a former journalist and current professor of journalism at the State University of New York, puts his own reporting skills to work in tracing the trajectory of Hersh’s colorful and controversial life — a difficult task, given Hersh’s refusal to participate meaningfully in the project. But although the private Hersh may remain elusive, Hersh’s work, and the sometimes-shadowy corridors where it takes place, provide more than enough fodder for Miraldi’s fascinating portrait of this giant of modern journalism.

Similar to how former Secretary of State Henry Kissinger refused to speak with Hersh for The Price of Power: Kissinger in the Nixon White House, Hersh declined to speak with you extensively for this book. At what point did you decide to just go ahead with your writing anyway, and what challenges did the journalist’s reticence pose to you?

I always intended to write this book, whether Hersh cooperated or not. I never wanted to write an “authorized” biography, but always knew that his cooperation could only enrich the book. Hersh did talk to me on numerous occasions on the telephone, we had one longish meeting in Washington, and we exchanged numerous emails. He never got in the way of my talking to many sources. He only blocked me in regards to his family. I wrote to his wife; she never replied. One of his older sisters wanted to talk to me, but Sy balked. His twin brother also wanted to talk, but it became too difficult in arriving at an acceptable list of questions. So, I just moved on. Hersh himself simply did not want to talk about himself, but he did talk about his work. Also, at times, I was dealing with things that happened 30 or more years ago — I was fresher with the material at times than he seemed to be. What spoke most loudly was his incredible, prolific body of work.

Since Watergate, Hersh and Bob Woodward have been engaged in a rivalry for the title of “America’s greatest investigative reporter.” In Scoop Artist, you seem to be firmly in Hersh’s camp. Why would you grant him this title over Woodward?

I believe it is an apples and oranges comparison. Sy has continued to dig deeply into various topics, always Mr. Outsider. Woodward has continued to report, but lately his work comes from the perspectives and access he is given by people on the inside. His work is important and useful, but I am not sure it always qualifies as investigative reporting in the sense that Hersh’s does. They are, simply put, different kinds of reporters today. Hersh is more bulldog, going after people in high places. Woodward less so.

Hersh has been dogged throughout his career by criticism of his tendency to rely on anonymous sources in his reporting — a practice that has been more and more condemned by the arbiters of journalistic ethics as time has passed. As a professor of journalism, what’s your take on the ethics of Hersh’s anonymous sourcing? Do you think this practice weakens his work, or is it just a less-than-ideal reality of the world he’s digging into?

When possible, journalists should always use named sources, but in the world of spies and intelligence and top-secret foreign policy (Hersh’s domain), it is not possible to avoid these kind of sources. Hersh insists he gets it right, most of the time, and that his sources, although unnamed, are reliable. No one says Hersh is making it up, ever. It just lends an uncomfortable zone to much of his work. I don’t think it weakens his body of work, but it certainly leaves him open to criticism by those, mostly on the political right, who don’t like his conclusions or the picture he paints.

When describing Hersh’s time as press secretary for Eugene McCarthy in the 1968 Democratic primaries, you write that “Hersh thought the role of the students [in the campaign] was exaggerated by the press…More important, he thought, was the fact that at 5:30 a.m. McCarthy shook hands with twenty thousand factory workers.” His admiration contrasts starkly with Hunter S. Thompson’s reporting in Rolling Stone four years later, when Thompson (who was also enthusiastic about the “youth vote”) looked back at that election and wrote: “I have a peculiar affection for McCarthy…I recall standing next to him in the snow outside the ‘exit’ door of a shoe factory in Manchester, New Hampshire, in February of 1968 when the five o’clock whistle blew, and he had to stand there in the midst of those workers rushing out to the parking lot. I will never forget the pain in McCarthy’s face as he stood there with his hand out…McCarthy was obviously suffering; not so much because nine out of ten people refused to shake his hand, but because he really hated being there in the first place.” How do you think two high-profile journalists working at the same time could have come up with two such radically different perspectives on the same event? Is one perspective more accurate than the other?

I am not sure how to reconcile this. Oddly, Hersh once said that Thompson’s reportage on the ’68 campaign was more on the mark than many others, even though it was semi-fiction. Hersh both loved and hated his time with McCarthy, but the episode haunted him the rest of his career as critics charged how could an obvious Democrat be trusted in his reporting. Hersh’s role in the legendary McCarthy campaign is small, but it is a fascinating snippet nonetheless, rich with wonderful anecdotes.

In discussing Hersh’s exposé of Gulf & Western in the 1970s, you talk about the complexity of reporting on business, noting that “disagreement begins…when it comes to [journalism’s] role vis-à-vis the private sector.” In today’s era of government bailouts of private enterprise, Occupy Wall Street, and reduced corporate regulation, do you think that views on business journalism have changed? If Hersh’s Gulf & Western piece were to be published today, do you think modern audiences would be more sympathetic and receptive than his readers were in the 1970s?

I suspect the opposite — that the early 1970s was a time when people were more inclined to distrust business. Corporate might is more entrenched today than ever. I don’t know if a publication today would allow a reporter to take apart a modern corporation the way the Times allowed Hersh and Jeff Gerth to go after G&W. It was really quite remarkable. Hersh chose the topic and then went after the company like a prosecutor seeking indictments. He was a brazen foe of GW. No one went to jail after the stories, but the company quickly lost its way and was gobbled up.

Hersh’s reporting is known for its volume and density of information, but, as you note, critics have attacked this quality. In describing the reception of The Price of Power, you quote one critic as saying, “Mr. Hersh’s prose creaks under the weight of the information he has collected.” Do you think a different approach has to be taken to writing a book than to writing for a newspaper? What are the pitfalls that a newspaper journalist faces in crossing over to trade nonfiction?

Where Bob Woodward has a great advantage over Hersh is in his prose style. Hersh loads his books and magazine articles with facts and sources and complex innuendo. Narrative is not his forte. And, to boot, sometimes his books are taken in part from magazine articles he has written, and this, too, hurts the flow of the narrative. Hersh says repeatedly he still considers himself a newspaperman, and this may not be a great things for book style. On the other hand, his books always pack an investigative punch and always argue a point of view that is bold and controversial. He is a great reporter and superb researcher, but just an okay book writer.

Looking at the journalism landscape today, are there any young reporters that you see who are poised to step into Hersh’s shoes?

Jane Mayer, Jeremy Scahill, Mark Mazzetti, Dana Priest, Peter Baker, Laurie Garrett — to mention just a few. There are many, many young journalists doing the kind of work today that Hersh has pioneered. Whether anyone can possibly persist for as long as Hersh — he started in 1969 and is about to come out with a big book on covert intelligence in the Bush and Obama White Houses — remains to be seen. I don’t see anyone ever doing it for as long or as well as Hersh. The key is to be as angry and indignant at corruption as Hersh has been.

Sarah Vogelsong is a writer and editor from Richmond, VA. Her work has also appeared in Style Weekly, the Neworld Review, and Hometown Junket.

Q&A with Carole Geithner, author of the new book, If Only.