Karen DeWitt interviewed the author of How to Get Filthy Rich in Rising Asia, a clever, bittersweet, wonderful novel that takes one unnamed man from poverty to riches in a 70-year journey in an unnamed Asian city. 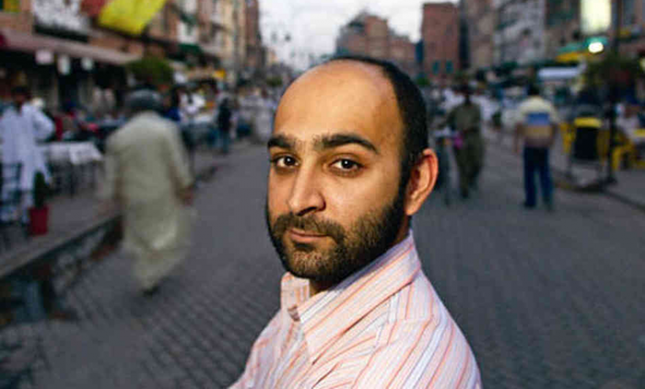 The tale is told in a self-help format familiar to Americans — “Move to the City; Get an Education; Work for Yourself; Dance with Debt; Have an Exit Plan”— by a surprisingly accessible second-person narrator; a man who, unscrupulous but unquestionably human, gains the world but loses his one true love.

I’d just finished rereading Thackeray’s Vanity Fair and saw parallels between your protagonist and Becky Sharp. Imagination is certainly enough to create a character, but who are the major influences on your fiction and are there any fictional characters who influenced this protagonist?

Influences are tricky. I’ve been influenced by every novel I’ve ever read and admired, from Charlotte’s Web to The Lord of the Rings to Dune to A Farewell to Arms to The Great Gatsby to Beloved to Neuromancer to A Visit from the God Squad. Well, maybe not the last, yet, because I read it after finishing my latest novel. But what I mean is that there are literally thousands of influences. It’s hard for me to separate them out. Camus is important to me. And Borges and Calvino. And I admire Ishiguro and James Baldwin and Joyce Carol Oates and Saadat Hasan Manto and Achebe and Garcia Marquez. I could go on and on.

From the beginning the protagonist seems destined to escape poverty—first by a bike, then a motorcycle, then a truck—a seemingly admirable bootstrapper.  His unscrupulous choices lead him to a destiny of riches, but one accompanied by armed security guards and the loss of his beloved “pretty girl.” Is “filthy” in the title a reference to the consequences of a fate of poverty or a fate of affluence? Or both? How so?

“Filthy” before rich connotes something that is desirable (“wow, he’s filthy rich!”) and despicable (“yeah, he’s filthy rich”) at the same time. Wealth has that duality: it represents promise and inequality simultaneously. Armed guards are a byproduct of inequality. So is absolute poverty, which can, sadly, also be filthy in an all too literal way.

The protagonist’s wife gets a law degree, but then seems to sink into inert domesticity. What does this say about formal education as opposed to the combination of street smarts and university education of the protagonist?

She doesn’t sink into inert domesticity at all! She starts a women’s-rights group. She builds it and leads it over decades. She leaves her husband. She finds another. She does her own thing, basically. Street smarts matter. So does a formal education. It wasn’t my intention to create a hierarchy between the two.

This novel takes place in an unnamed Asian country, and the protagonist describes his ascent as entering “Another continent. Like you’ve gone to Europe. Or North America.”Isn’t this a false analogy since the U.S. also has “villages” of poverty and ignorance — New Orleans during Hurricane Katrina — not unlike the one the protagonist and his family escape from? Having lived in both the U.S. and Pakistan, do you think American readers — now living in a country in an economic downturn — could see parallels between the two societies, even if only of degree?

Absolutely. This novel could be the story of a Mexican immigrant moving as a child to Baltimore. Or a kid from Appalachia heading off to Miami. In the novel, there are almost no names, because names are brands and the names that survive, continent names, are used as brands. It’s like using “France” for luxury in wine, and “Italy” for luxury in shoes. The countries aren’t luxurious, they’re complicated. But their brands are deployed to sell an idea of a product. That’s how the quote you’ve mentioned above is intended.

Do you ever think of your own life in terms of self-help titles? If so, what would be the title of the first chapter? And the latest?

Ha! I haven’t, but I could. Chapter one would be: Forget your Urdu and learn English. And the latest would be: Try to be as good a dad as you can.

Karen DeWitt was a journalist for many years and for the last decade has been a senior communications professional for nonprofit organizations. DeWitt covered the White House and national politics for The New York Times, and foreign affairs and the White House for USA Today.  She also was a senior producer for ABC’s “Nightline.”