Maggie Shipstead’s Astonish Me lives up to its name by dropping readers directly into the compellingly glamorous and sometimes not-so-glamorous life of professional dancers. 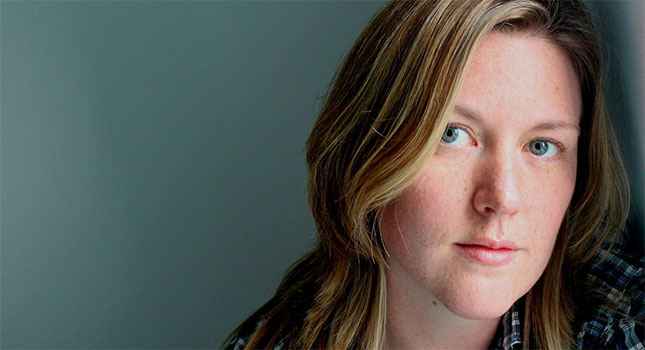 In her exquisitely written second novel, Astonish Me, Maggie Shipstead explores the intimate world of professional ballet. The novel is astonishing in the intricacies of its plot and its ability to create fans even out of dance illiterates. The beauty and perfection of ballet is juxtaposed with its vulgar physical discomforts. The exciting, glittery life portrayed onstage is balanced by the personal struggles of the men and women whose lives are inextricably linked offstage. This novel will kindle your interest in ballet, but it is also about so much more than ballet. The characters are real and beautiful and flawed and interesting. You will not want to put this book down.

You do an excellent job in the book of drawing the reader straight into the privileged world of a professional ballet dancer. I have no experience with ballet, but I was completely immersed. You do not drag the story down by providing too many details or technical explanations of ballet and ballet terms, finding the perfect balance for ballet aficionados and ballet illiterates alike. How did you decide how much to explain in order to strike this balance?

Honestly, since I’m not a dancer, that decision made itself to a degree — I had to work with inherently limited knowledge. I did my best to learn as much as I could and pay attention to how dancers describe dancing, but I was never going to be able to describe it from experience. But also, fairly early on, I realized it wasn’t important for the reader to understand exactly what a character was doing, dance-wise, and also that I’d end up writing something really boring if I got too particular. What I wanted to get across was a sense of exertion and rhythm and some kind of mood. I watched many, many videos of ballet companies in class and in rehearsal, and I was fascinated by the way dancers are given instructions: whoever’s in charge usually communicates with a mix of French terms and explanatory gestures and little hummed bits of music and technical corrections. That’s part of what I tried to replicate in the book — the way dancers talk about dance — more than the experience of watching a dancer.

You expanded this novel from a short story, is that right? How did you know that the story was meant to be a novel?

It was an accident! After Seating Arrangements, I had written a hundred pages of a different novel that I thought would be my second, and I decided to take a break to revise a ballet story I’d written but couldn’t make work. It was already a little long for a short story — 30 pages — but after I’d tinkered with it for a month, it was 90 pages. So then I thought maybe it was a novella, but my agent read it and suggested some places where I might expand…and as I worked, it just kind of grew and grew. The book gained pages with every draft. Even in the revisions I did with my editor at Knopf, I think it grew by about a hundred pages, which is unusual. The short answer, then, is that the novel snuck up on me. I wish more novels would do that.

You explore several types of romantic relationships in the novel. Two couples start out as childhood friends, but try to grow into more. Do you think it is possible for a man and woman to maintain a purely platonic relationship, or is it inevitable that someone will fall for the other romantically and want more?

Ah, the “When Harry Met Sally” quandary. I mean, I think, yes, it’s entirely possible for a heterosexual man and woman to have a long-lasting platonic friendship, and, in fact, that happens all the time. Human relationships, as far as I can tell, exist in almost infinite variety along a spectrum ranging from purely intellectual to purely sexual. The two couples you mentioned in the book were interesting to write not only because of their friends-to-lovers evolution (although in both cases one person had romantic feelings almost from the beginning) but also because of the way the balance of affection shifted over time. I think romantic relationships are more malleable than they seem in any given moment, but maybe telling ourselves that our feelings won’t ever change is a self-protective instinct.

Like many of us, Joan suffers a rude awakening as a young teenager when she discovers her mother is a sexual being. Jacob gives her some advice: “It doesn’t have to bother you.” This is great advice! Do you believe that although we cannot control events, we can control how we react to them? Do you think Jacob ultimately follows or is incapable of following his own advice?

I do think we can control how we react to events, but possibly only to a degree and often only with quite a bit of time and effort, depending on the circumstances. This comes more easily to some people than others. And maybe we can’t control our initial emotional responses, but I think it’s worth at least trying to talk ourselves into a place of acceptance whenever possible. Your question about Jacob is so interesting — I think he tries very hard to follow his own advice and succeeds sometimes and fails others, which is probably the nature of most forms of self-discipline. Toward the end of the book, when Jacob has to contend with extreme and unexpected emotions, I think he feels completely lost; his sense of himself as someone who’s in control of his feelings is shaken. So maybe there’s an argument to be made for allowing oneself to wallow in emotions sometimes just for the practice.

Your novel explores the idea of following and achieving dreams. Do you think that “making it” is ultimately always a disappointment? In a letter, one dancer tells another “how strange it was that a dream, once realized, could quickly turn mundane.” On the flip-side, once she gives up that dream, can she ever really be content? Is this a by-product of the nature of dance to breed perfectionism so that one can never be satisfied with anything?

“Disappointment” might be a little strong, but I do think there’s a grass-is-always-greener dynamic in play. Joan thinks if she were a principal dancer she would be content, but truthfully she would be looking around at all the other principals and wondering if they’re better than she is and worrying about not getting every part she wants. All elements of her life would not automatically fall into place. I’ve experienced something similar with being an author. As you adjust to your current reality, it quickly seems normal to have a published book, and your aspirations shift toward selling more books or being on more lists or getting better reviews or whatever else is out there. The key, I think, is to continue to enjoy the process and to try to take a long view. For myself, I’ve had to make peace with the fact that none of my books will ever be perfect or, really, as good as I want them to be, and I’ve had to decide that writing is still worthwhile. I imagine dancers can get to a similar place, where they might never be fully satisfied with any performance but accept imperfection as the nature of the game.

There were also several examples in the novel when someone was miserable in his/her own situation, but someone else looking in was jealous. Is this just human nature? Or should we all take a lesson that no matter how difficult things seem, someone else has a worse/more difficult situation and try to be content with what we have?

Perhaps that would be a rational way to go about things, but it seems like a tall order, doesn’t it? My life, and probably the life of reading this, is inordinately privileged compared to the existences of millions and millions of people just by virtue of being fed, sheltered, healthy, loved. I don’t have to worry about survival on a daily basis or live in a war zone or under an oppressive government. But I think it would flatten or maybe even cheapen individual experience to have an expectation that everyone draw not only useful perspective but actual contentment from their relative advantages. All lives have difficulties and pain, and those are authentic experiences for everyone.

At one particularly low point, Joan describes dancing as “working on an assembly line, but I’m not even making anything. I’m just doing something that disappears as soon as it happens.” I hope you disagree! I believe dancers create beauty and make lovely memories for their audiences. Can you tell us what makes dance worthwhile in your mind?

I do disagree, and I think Joan even disagrees with herself. Dancers most certainly create beauty, and I think the ephemeral nature of their performance is part of what makes the best ones so special: it’s a stroke of luck to witness art being made. Of course, dance is being preserved at a greater volume now than ever before because videos are simpler to make and disseminate, but there’s no substitute for being in the theater when something remarkable happens. Dancers push the boundaries of what the human body is capable of and what it can express. The title of my book comes from what Sergei Diaghilev used to tell the Ballets Russes to do (“Étonnez-moi!”), and I think it gets at what we’re always hoping for when we watch a performance. You’re present in an audience because you’re hoping to be made to feel something, to be thrilled or, dare I say it, astonished.

Mandy Huckins holds a Master of Arts Degree in
English from the University of Charleston in South Carolina. She recently moved
to the Washington, DC, area with her husband, an Air Force officer. When not
reading, Mandy works for the Combined Federal Campaign-Overseas, which provides
uniformed service members and DoD civilians serving overseas the opportunity to
make a charitable contributions to one or more of over 2,500 different
organizations.