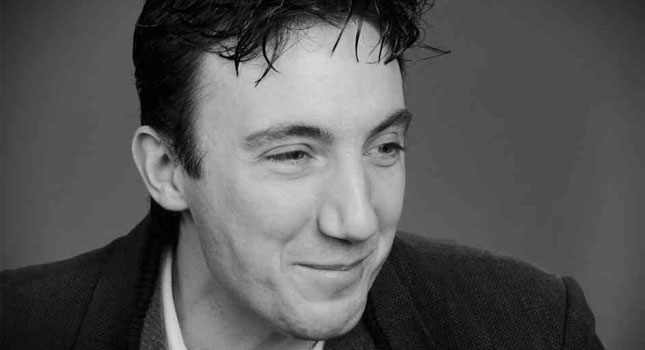 To
many people, the steampunk movement is a fashion statement: all corsets, top hats,
and goggles. The aesthetic started as a sub-genre in science-fiction
literature, exemplified with works by K.W. Jeter and James Blaycock. Steampunk
posits a sort of alternative Victorian era where steam technology takes the
place of electric and digital inventions.

Felix
Gilman’s fantasy oeuvre dances around the edges of the steampunk movement. His
first duology, comprised of Thunderer
and Gears of the City, features a
kind of twisted Dickensian world dominated by a sprawling magic-haunted
megacity. The second sequence (The Half-Made World and its sequel, The Rise of Ransom City) transported a magic steampunk-ish milieu to the
American West. Both series wrestled with larger, allegorical issues dressed up
in fantasy settings.

Gilman’s
latest novel, The Revolutions, isn’t steampunk
at all, though it intersects with many of the movement’s touchstones, as it is
set in Victorian London. The novel is a cross between historical fiction about
the Theosophical/Golden Dawn metaphysical trend at the turn of the century and
an old-fashioned “planetary romance” of the type written by Edgar Rice
Burroughs and C.S. Lewis.

Your work is often considered to be steampunk or “new weird.” Do these categorizations have any truck with you?

Sort of. I think everyone’s a bit wary about fitting too closely into any particular genre slot, aren’t they? We all want to be special snowflakes. “Steampunk” seems to me to be mostly not about books, but a broader lifestyle thing that books sometimes incidentally drift across. I don’t try to write within the steampunk genre, and I’m not sure many people really do, though of course I’m aware of it and very happy for readers from it. Unless steampunk now just means “fantastic fiction set later than the Middle Ages but earlier than the Second World War,” which sometimes it does seem to be what people mean. The Half-Made World has trains, and steam-powered ones to boot. And the sequel, The Rise of Ransom City, is about a genius electrical inventor. So it would be futile to deny at least a certain steampunkiness.

New weird…I don’t know. Never been entirely clear to me what the content of New Weird is supposed to be. Sometimes it gets used as a general term of approbation — “fantasy, but good” (which you can’t say of yourself, can you?) — and sometimes it seems to mean “fantasy with bug-based and body horror,” which I have nothing against, but don’t have the wiring for myself.

A lot of steampunk is nostalgic and paints a romanticized version of the past. Your novel The Half-Made World approaches the concept of Manifest Destiny and the Industrial Revolution through a darker lens. Was this a conscious reaction against the gear-cogs and corset costume play of much of the steampunk movement?

I don’t think it was a reaction against the steampunk movement as such, in part because I didn’t really know that the steampunk movement, per se, existed when I started thinking about the book. Or rather, what I thought of as steampunk was basically Michael Moorcock, that sort of thing — fiction which was already pretty dark and critical of its materials.

For that matter, there seem to be a lot of people within steampunk-the-movement who are critical about it. I don’t know it well enough to know. But yes, The Half-Made World has some dark stuff in it. I thought of it as being on some level about the myths and ideologies of the birth of the modern industrial world — people swept up in and jerked around by big historical forces they don’t understand and can’t do anything about and [so those forces] might as well be huge uncaring gods — and that is a pretty dark process.

The Rise of Ransom City is about hopes for a sort of alternative, better way things could have gone; a way it could all be fixed and redeemed if someone was just clever enough and persuasive enough; but it doesn’t really pan out.

You are a lawyer by day, and a fantasist by night. Is there any overlap in those two professions?

Not a great deal, not for me at least. Most lawyers-who-write seem to write about lawyers, but that’s never appealed to me at all. Or at least I’ve never wanted to write a novel about how ultimately wonderful and heroic the legal system is. I would one day like to write a secondary world fantasy with an absurd and fantastic legal system, Bleak House meets Gormenghast; I don’t know if it would sell.

The Revolutions deals with the occult movement at the tail end of the Victorian era. What are some of the sources that inspired you?

I’ve always wanted to write something set among late Victorian occultists, probably ever since reading Aleister Crowley as a teen. It’s just such a rich setting; I love anything that straddles the line that closely between intensely dramatic and completely ridiculous; between actually sinister and tongue-in-cheek funny.

The first things I read for research, to get myself in the mood, were things like Crowley’s Liber 777 or A.E. Waite’s Book of Ceremonial Magic or Anna Kingsford’s wonderfully vivid dream journals.

The key image for the book came from an 1898 account of a meeting of two Adepts of the Golden Dawn, which I read about in Alex Owen’s magnificent history, The Place of Enchantment: British Occultism and the Culture of the Modern.

And the other big source of influence would be old-fangled novels that straddle the line between science and mysticism in ways that we generally don’t do any more, e.g., C.S. Lewis’ planetary trilogy.

The otherworldly themes were full of menace and beauty, and suggest a complex cosmology. What were the influences there? And, is there a sequel set in the same milieu?

Thank you! So the cosmology is heavily influenced by various contemporary accounts of the heavenly realms, but is not specifically based on any one. I tried to keep a balance of horror and beauty; that comes from the primary sources, too, where some accounts of Mars are all ethereal pacifist sweetness-and-light, and others are doomy and horrific. I tried to do both.

I have been thinking about a sequel set in the same world, though it would be different characters and a new story. This one does Mars, and I don’t want to repeat myself, so I would kind of like to do all the planets one by one, possibly in different historical settings; I’ve been kicking around a medieval story using Mercury and Venus, for example.

Craig Laurance Gidney writes contemporary
young adult and genre fiction. Recipient of the 1996 Susan C. Petrey
Scholarship to the Clarion West writer’s workshop, he has published works in
the fantasy/science fiction,
gay, and young adult categories, and his first collection, Sea, Swallow Me and Other Stories, was nominated for the 2009
Lambda Literary Award. He is the author of the YA novel Bereft and the forthcoming collection Skin
Deep Magic.

An Interview with Rebecca Traister

The author of All the Single Ladies talks marriage, pay equity, and the many ways society continues to hobble women.