The value of a nerdy prompt. 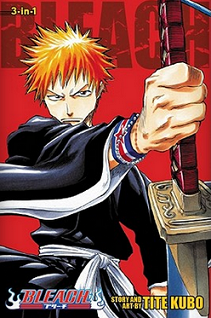 In thinking about my own poetics and pedagogy, I am often returning to certain lines, fragments, and excerpts that keep me curious. I think of Rilke writing to the young poet, saying that even if in prison, cut off from all stimuli, Rilke could write because he had his childhood.

My childhood was filled with so much television, mostly cartoons, that those aesthetics are often readily at hand.

I think about the time I read Kyle Dargan’s third book, Logorrhea Dementia: A Self-Diagnosis, in which the final poem, “My Bankai,” is a reference to Tite Kubo’s manga and anime, Bleach.

I was geeking in the hyperbolic way that nerds do, because I understood the reference, liked the thing being referenced, and enjoyed the poem. I think about Richard Hugo saying truth must conform to music, and the practical applications of that in a line of verse.

All of these memories swirling like an unstuck drain urged me toward the idea that poets should be inventing new forms regularly. They should do this not for posterity, nor fame, but for their own healthy imaginations. Poets should maintain an inventor’s curiosity toward language because, as the maxim goes, familiarity breeds contempt.

So, for this month’s “Nerd Volta,” I am offering up a form invented for my classes at the University of Baltimore. It was inspired by “The Boondocks” comic strip and cartoon, created by Aaron McGruder. It isn’t perfect by any means, but it is an attempt to invite curiosity into language.

The steps are as follows:

“I am the stone that builder refused

the visual, the inspiration

that made Lady sing the blues”

Write about a time you experienced exile. This can be a time you left a home, or country, or state of origin. This can be a time where you felt profoundly left out. This can be a moment when you realized you were “the other.” Working in the antithesis, this can be moment of troubled belonging. Don’t worry about the accuracy of the moment you chose. Any details you can’t remember, fill in with your imagination.

Write a stanza or group of stanzas where you give thanks for something from that exiled location or place or situation or memory (Yusef Komunyakaa’s “Thanks” is a good model). Could be an object, a person, a hope, a desire, a stroke of luck, a passing by, an act of providence, an act of anger, a state of grace.

Write two lines that assert, emphatically or quietly, an aspect of your identity. Both lines must begin with “I am…” Think of them as two burning bushes that blaze forever. Negative identity is also possible here (i.e., “I am not…”).

Write a three-line ending where you point out something you are not thankful for or something you identify as “Hell, nah!” or “That’s that old bullshit.” This may be a return to something from the first section or something about a contemporary moment that connects to that time.

This last stanza is an act of refusal.