What to read when you get there 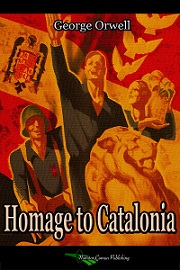 A friend recently sent me a link to a cntraveler.com listicle of books recommended by U.S. ambassadors set in the countries where they serve. I love traveling and I love reading, and combining the two is double the pleasure, double the fun!!

Because of past, um, transgressions, I’ll never be offered an ambassadorship. But I have had the privilege of living in a number of fascinating tourist destinations, so here is my own list of books that should be in your carry-on if you are ever fortunate enough to journey there.

Botswana is that all-too-rare African success story, blessed with natural resources that have been well managed by leaders democratically elected since the nation’s founding in 1966. I spent my childhood there, and this summer, when my family and I went back for a visit, I brought along When Rain Clouds Gather by Bessie Head. The novel tells the story of Makhaya who, like the author, fled apartheid in South Africa for Botswana. Through Makhaya, we are introduced to village life and the tension between the traditional tribal system, the colonialist patronage of the British, the political agitators who seek to put their own wellbeing over that of the people they claim to represent, and the extremely poor villagers who are viewed as little more than slaves by tribal chiefs and development-aid experiments by foreigners. In beautiful prose, Head makes the Botswana countryside come alive and offers her own brutal analysis of the rapacious exploitation of the African underclass.

Egypt is no longer the popular tourist destination it once was, though its sights are famous worldwide. When I lived there, Egyptian-American relations were at an all-time high thanks to the recent signing of the Camp David Accords, and everywhere I went, people pronounced “America number one.” At that time, I was much more interested in Egypt’s ancient history, and it wasn’t until later that I read Naguib Mahfouz’s Midaq Alley, which brought me to a closer understanding of the powerful cultural and historical forces that shaped the vibrant city of Cairo and the political conditions that led to the assassination of Anwar Sadat and everything that has followed.

Spain was free from Franco’s despotic rule less than a decade when I arrived in Barcelona for my junior year of high school. In class, we read works in English (The Sun Also Rises, Homage to Catalonia) and Spanish. Of the latter, Frederico García Lorca’s La Casa de Bernarda Alba impressed itself indelibly upon my young mind. Claustrophobic and sweaty, drenched in death, seething with repressed sexuality, the play is a poignant portrait of Spain on the cusp of modernity. Written shortly before Lorca’s 1936 assassination at the height of the Spanish Civil War, this tragic play helped me to see below the surface of a shiny, newly liberated Spain to the deep, dark roots of its repressive social traditions.

China was in a period of transition when I studied there during my junior year of college. It was 1988, a year before Tiananmen, and Deng Xiaoping had just opened the floodgates to capitalism. Though people were still clad in Mao suits, family restaurants and market stalls were popping up across the country. The students at the university where I studied were extremely curious about the West and talked just as excitedly about democracy as capitalism. Their dreams were brutally dashed on June 4, 1989, and since then, China has managed to bring enormous wealth inequality to the masses while professing loyalty to communist ideology. This conflicted mindset is the theme of Ha Jin’s Waiting, which tells the story of a doctor who waits the 18 years it takes to divorce his country wife in order to marry a sophisticated colleague at the city hospital where he works. In a novel about an oppressive society, everything is allegory, and the main character’s eternal yearning for a love that is just over the horizon is an apt metaphor for a populace living under a state that promises freedom from strife through total submission.

Turkey has always been a cultural crossroads of East and West. When I lived there, a portrait of Kemal Ataturk, the founder of modern, secular Turkey, was prominently displayed in every business and public space. A series of military coups after his death demonstrated the challenge of maintaining Ataturk’s legacy. These political and cultural conflicts are presented in high literary fashion in Orhan Pamuk’s Snow, a complicated, Kafkaesque story that explores the tension between history and progress, religion and secularism, cosmopolitan western Istanbul and the tradition-steeped eastern city of Kars.

Japan is renowned for both its hyper-modernism and its ancient traditions. Over four years of living there, it slowly became apparent to me that the flash and brilliance of contemporary culture would always be subordinate to traditional values and practices. The book that best illuminates the quixotic, often cruel, beauty of Japan’s aesthetic is The Pillow Book by Sei Shonagon. Though more than a millennium old, this work elegantly describes the highly refined rituals and strict social mores of 10th-century court life that still rule Japan today.

Of course, no one book can adequately summarize an entire nation — imagine designating the single book that perfectly captures America. Do you have your own suggestions? I’d love to hear them.

What to read when you get there