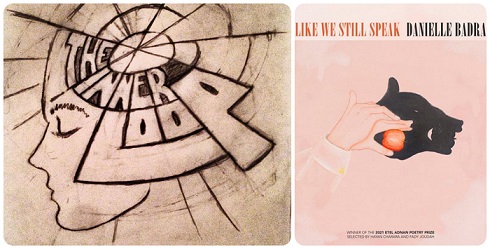 I first moved to Washington on New Year’s Day 2011 after a breakup in Philadelphia left me temporarily unhoused, unemployed, and facing a desperate decision either to move back home to live with my parents in Michigan or try my luck staying with a friend in DC until I got back on my feet.

I’d only left Michigan a few months prior, so I decided to give DC a try. My bachelor’s degree in English and restaurant waitstaff experience went about as far here as it did in Michigan, so I took the first job I could get: I became a dog walker.

At first, my feet ached daily. I was filled with doubt that I could even walk dogs well enough to make a living. But eventually, the aches subsided, and I found my stride beside every corgi, husky, Dalmatian, spaniel, wolfhound, Rhodesian ridgeback, and yorkie whose pampered little butts I gleefully followed and cleaned up after.

And that’s also where I revived my literary voice. Each step was like meditation. The hours of the day were spent wandering and discovering different neighborhoods and alleys across Northwest DC. Several of the poems in my debut collection, Like We Still Speak, were written after days of walking dogs.

In October 2011, my sister, Rachal, moved to DC, too. She and her boyfriend lived on the same street as me but a mile down the road. I would run up the street every morning to greet her and bring her a breakfast sandwich from Heller’s Bakery in Mt. Pleasant, which was right behind her apartment complex.

On the morning after Valentine’s Day 2012, I received a call from her boyfriend that Rachal was being rushed to Washington Hospital Center. We didn’t know it then, but her heart had stopped while she was sleeping. She was kept alive by tubes and machines for a week before dying. After she died, I found a folder of her poetry she’d never shared with me. I knew that I needed to publish her poems somehow. And I also needed to talk with her. So, I developed a form I came to learn was the contrapuntal, but I called it a dialogue.

For nearly three years after Rachal’s death, I would obsessively write dialogue poems when I got home from dog walking. I’d spend the day with Sabra, Levee, Gollum, Blondie, Dagwood, Sato, Coqui, Olivia, Pilar, Astrid, Kenobi, Charlie, Bo, Winston, Lucy, Wimbly, and several other wiggly, cuddly, kindhearted creatures. Each of them provided me with love and patience as I processed my grief, often talking to them about what I’d like to write when I finished work that day.

Yes, to passersby, I was “that dog lady” who could be seen speaking to animals more than humans. To me, it was exactly what I needed: the meditative space to commune with nature and speculate about the meaning of life after such a sudden loss. Walking throughout DC was my gateway not only back into poetry but back from the depths of grief.

I’m no longer a dog walker, and I live in the Northern Virginia suburbs now. But, still, whenever I experience writer’s block, I always know the best remedy is to walk about and let my mind wander.

Danielle Badra received her MFA in Poetry from George Mason University. She is author of the chapbook Dialogue with the Dead. Her first full-length collection, Like We Still Speak, won the 2021 Etel Adnan Poetry Prize. Her poems are published in Mizna, Guesthouse, Poetry Daily, the Cincinnati Review, Duende, Greensboro Review, and elsewhere. She lives in Northern Virginia.