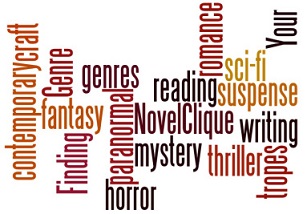 I came to fiction writing from an academic background. Even though I walked away from that life, I still view the world through a social scientist’s lens. An anthropological one, if you’re curious. That means that my training in anthropology has shaped the way I understand and analyze the world. It’s a slightly different approach than an economist, psychologist, or political scientist would take.

I went into anthropology because it resonated with how I viewed the world and so it made more sense to me than the other disciplines. That doesn’t mean that one of the other fields doesn’t have anything to offer, only that my own preferences drew me toward anthropology.

And my preferences draw me toward what I like to read. I suspect your preferences do the same for you. And that’s well and good. We should all read what we like.

After all, it’s a drag to read things we don’t enjoy. I used to be that person. You know the one. I just had to finish the book no matter how bad. As I’ve gotten older, I’ve come to realize that life is too short for bad books and will toss one aside if it doesn’t hold my interest.

But what I like to read is my business. And I give you the same respect. However, I’ve seen and heard a lot of readers and authors shame others for their reading preferences. I don’t really understand it. Why is it so important to put down particular genres?

Do I have genre preferences? Yes, of course. But that doesn’t mean there’s a problem with the genres I’m not as fond of reading. For example, I tend to stay away from any sci-fi that emphasizes technology over human relationships. I’m a people person. It’s what jazzes me. It’s why I went into the social sciences in the first place. I LOVE human interaction. If too much of a book focuses on things instead of people, I lose interest. That’s me. My husband absolutely loves reading about weaponry. All the little details that would send me straight to snoozeville. There’s nothing wrong with his interest, it just isn’t mine.

I’ve heard more recently in sci-fi/fantasy — fortunately only by a small cadre of writers and fans — that there’s too many minority and women protagonists, and that sci-fi/fantasy needs to go back to the good old days where everyone was white and male and women were simply token sexual objects for the heroes. Apparently, diversity equals bad writing. In other words, fluff. I’ve especially heard writers and readers alike insult romance as being the ultimate in fluffitude (I’m sure that’s a real word). Love is fluffy. Who knew?

In any genre, there will always be amazing books and…crap. The thing is, while you can decide what you think should be in one category or the other, you don’t have the right to make that call for someone else. And, frankly, why would you want to? Reading nonfiction, literary fiction, science fiction, or romance doesn’t make you a better person than someone else. It does make you a condescending ass if you judge someone for their choices, though.

But what if I’m a reviewer or a book critic? Shouldn’t I say what I think? Of course. About the merits of that particular book. Or if you see it fitting into larger tropes within the genre. Heck, comment on that. After all, I find most of my favorite reads from reviews or recommendations. But if you’re someone who doesn’t like thrillers, then I probably don’t care what you have to say about them if I’m a thriller fan. You aren’t their audience. I am. I take that into account when I write a review or read one.

To me, the real issue here is that the percentage of readers in each age category is declining. That worries me a lot more than what genre someone chooses to read. Instead of discouraging reading certain genres, maybe we should just focus on getting people interested in reading. Period.