From Page to Screen…and Back

The joy of bingeing book-inspired TV in the time of corona. 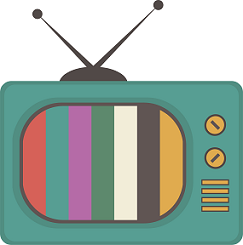 Bingeing during covid-19 restrictions has become a national pastime as we are largely prohibited from doing much else. Streaming video is a godsend, and our Zoom calls with friends often revolve around what we’re watching, exchanging tips, and sharing opinions.

There’s a role for books in all this, too. It’s common enough to go to the books that inspire a movie or series. But we can go further with our extra time and limited opportunities for other activity. We can create multichannel content platforms by supplementing our viewing with books that provide context or a different take on our favorite programs.

My favorite programs are in the historical-adventure genre, but I think this cross-bingeing works with most categories. Acting on a recommendation from friends, I started watching “The Last Kingdom” (Netflix) and zipped through four seasons of the saga of Uhtred and King Alfred as they coped with Viking invasions and tried to unite England.

It was entertaining and led quite naturally to “Vikings” (Hulu), where I’ve just embarked on the first of six seasons portraying how the Vikings became a force to be reckoned with.

When I saw a review recently of Children of Ash and Elm: A History of the Vikings by Neil Price, I obtained a copy as soon as it came out. Price is a British Viking expert who teaches at Uppsala University in Sweden. Drawing on the latest archeological finds, his new book updates the view of these warriors, who brought about “a social transformation so profound as to ultimately shape northern Europe for the next millennium.”

The new streaming dramas make the history fascinating, and the written history enriches my appreciation of the dramas. I haven’t had this much fun sitting in front of a television since I was a kid.

I’ve been a fan of Vikings since the “Tales of the Vikings” TV series produced by Kirk Douglas in the late 1950s, after his star turn in “The Vikings” film of 1958.

You can always go to the books that inspired “The Last Kingdom” — the 12 novels in the Saxon Stories by the prolific British writer Bernard Cornwell, perhaps best known for the Sharpe series set during the Napoleonic Wars. His prose is invariably literate, and his history is well researched.

There is more swashbuckling in the BBC series “The Musketeers” (Prime, Hulu), based on the 1844 novel The Three Musketeers by Alexandre Dumas, which has repeatedly captured the cinematic imagination.

The short-lived 1956 TV series starring Sebastian Cabot as Porthos, with its plentiful swordplay, was the beginning of my attachment to the story. Jeffrey Stone played the main character, D’Artagnan, in that brief series, while more recent film versions have cast Michael York, Louis Jordan, Chris O’Donnell, and Gabriel Byrne, with Luke Pasqualino taking the role in the three-season BBC version.

The best read on the musketeers is, of course, the original novel, and the 2006 translation by Richard Pevear in the Penguin Deluxe edition makes it not only accessible but perhaps as thrilling as it was for the original audience.

An historical novel by Heinrich Mann, Thomas Mann’s older brother, provides something of a prequel to the period in the Dumas novel. Henry, King of France, originally published in 1938 and reprinted in 2004 in the Tusk Ivories imprint of Overlook Press (in Eric Cutter’s original translation), narrates the story of the king who became the husband of Marie de Medici — who appears in an episode of “The Musketeers” — and father of Louis XIII, the somewhat fatuous monarch played by Ryan Gage in the series.

The novel, preceded by Young Henry of Navarre in 1935, was a labor of love for the author, with both published after he had fled Nazi Germany to exile in France. Thomas Mann praised its “great splendor and dynamic art.”

All this is by way of example. Pick your own genre or shows, but don’t neglect the opportunities afforded in an age of streaming and quick delivery of books to create your own multichannel content platform.

The ultimate journalistic temptation is to remain a voyeur of life