Does “Moneyball” have a place in publishing? 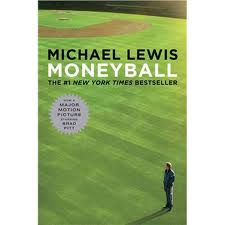 Book publishing traditionally has been a haphazard affair, ruled more than anything else by the instincts and prejudices of editors, which frustrates authors whose work is rejected but which also creates an environment favorable to serendipity.

An article entitled “Moneyball for Book Publishers: A Detailed Look at How We Read” in the New York Times this week suggested that may be coming to an end as publishers adopt digital surveillance and analytical techniques available through e-books to guide editorial and marketing decisions.

The “Moneyball” was in reference Michael Lewis’ bestselling book — later made into a movie — about how managers at the Oakland Athletics broke down baseball statistics to win a championship on a limited budget by identifying player characteristics that actually win games.

Despite complaints that this approach robbed the sport of much of its mystique, several Major League teams went on to adopt the method after the A’s made it to the playoffs two years in a row.

In the same way, data mined from e-book readers will be able to tell publishers more about what actually works in a book. Details about how long readers read, when they stop, what they skip, and what they highlight will provide clues not only for marketing books already finished, but eventually what should be put in them to guarantee success.

A “reader analytics” company called Jellybooks is pioneering this approach.

So far, the data has been used only to shape marketing plans — one publisher cut the marketing budget of an expensively acquired book when analytics determined that most readers gave up after only five chapters; another increased a marketing budget when data showed a large majority of readers finished it. Eventually, this data could guide decisions on which books to acquire and what to cut or keep in a manuscript.

Now, all this may seem a bit disturbing when so many books appear to be written by formula anyway. And from a consumer’s perspective, it looks like further erosion of privacy in a digital society, even though Jellybooks’ readers give the company express permission to use the data.

But a little reflection shows that the Moneyball analogy falls down when applied to readers and books. Through all the decades of assembling baseball statistics, there was only one way to win a game, and that was by scoring more runs. Analyzing statistics served the sole purpose of identifying ways to score runs (or keep the other team from scoring).

The success of a book, however, depends not on an objective score, but on reader tastes, a notoriously subjective and fluid mix of interests that is constantly changing.

The Doubleday editor who bought my first book, Phil Pochoda, was of course optimistic about its prospects. But during what was then the obligatory lunch for the author, he confessed, “Anybody who says they know what books will be successful is lying.”

That hasn’t changed in the (many) intervening years, and it’s not likely that any amount of digital analytics is going to change it, either.

Mysteries and thrillers tend to be grimly serious, but a little humor doesn’t hurt.

Read In, Not Through