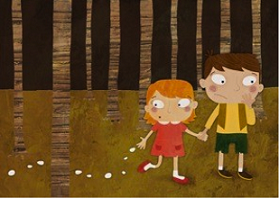 No, this column isn’t about my golf game. (For those who are interested, my handicap is now 26 and rising faster than ocean levels. Pretty soon, I’ll be getting strokes on the practice range.)

I’ve mentioned in previous columns that, when writing one of my thrillers or mysteries, I often don’t know where I’m going. And even if I do, I really don’t know how to get there.

I don’t think I’m alone in that regard. I once saw an interview with Sidney Sheldon, who, according to Wikipedia, is “the king of the potboilers” and “the seventh-best-selling fiction writer of all time.”

Sheldon, who didn’t start writing fiction until he was 50, and who died at 90 in 2007, said that he started with an idea but never knew where his books were going. He added that he liked to write himself into corners and then write himself out of them.

That’s basically how I do it, and that’s where the “foreshadowing, foreboding, foretelling, and forewarning” come in, since I don’t want my readers to be lost, too.

I use writing software called Scrivener, which allows me to put chapters, research, ideas, scenes, and odd thoughts (of which I have many) on electronic “index cards” that I can move around and mix and match. The program also keeps a unified draft of all the chapters. It’s Microsoft Word compatible, too; by hitting a button, my Scrivener draft is saved as a Word doc.

(If this sounds confusing, think how I feel. I just wrote a chapter explaining — or trying to explain — blockchain and cryptocurrency. The numbers are even more complicated than my golf scorecards.)

Surprises are essential in thrillers or mysteries, and a total surprise can have real impact. But you don’t want readers to think they’ve been had. I once reviewed a so-called thriller in which the killer turned out to be one of the cops working on the case.

That wasn’t the problem. The problem was that there had not been a hint that it was even remotely possible. I mean, had the culprit turned out to be the milkman, I couldn’t have been more surprised, and disappointed.

I spent the entire novel trying to identify the killer, and it’s like he strolled in from another book. (The murder weapon, by the way, was a 500-pound domestic pig, which didn’t help matters. Talk about a surprise coming out of left field!)

In another book I reviewed, by a famous author who will be nameless, the killer was one of the nicest people in the story. The weapon of choice: a slippery dock, where the victim fell and hit his head. The killer wasn’t even there. He just assumed his victim would eventually slip and crack his skull.

I’m not sure it’s even possible to foreshadow that kind of murder. Heck, a dozen people, including a hapless milkman, could have fallen on the dock first. Hmm. Maybe that’s how… No, too ridiculous.

Revelations shouldn’t come out of nowhere. That’s where the four “fores” come in handy. If I have a cop who is a killer (pigless, I hope, in all regards), I might give him a disgusting or mysterious trait. Nose-picking. Heavy drinking. A reluctance to mention his past. Whatever.

That’s not to say that every nose-picker, drunk, or reticent person in your book must be the villain. There are such things as red herrings and MacGuffins. Throwing a reader temporarily off the scent is a time-honored mystery strategy. That’s also where Scrivener is mighty handy. Those “index cards” are labeled, so I can easily go back in the story and drop in a red herring or a real hint of what is to come.

One of the “fores” can be a word, a small scene that looks like a throwaway put in to pad copy, even something as mundane as a character commenting on a book or movie title. (You shouldn’t be too obvious. A character who has seen his favorite movie, “Friday the 13th,” 25 times obviously bears watching.)

The hint can be almost subliminal, so the reader barely recalls the reference.

I try to keep the four “fores” if not subliminal, then at least not too obvious. With varying degrees of success. I’ve had readers who said they knew who the killer was from early on. Oh, well. I still think that’s better than having the milkman do it.

Lawrence De Maria is almost finished writing his 19th thriller, which, like its predecessors, is available on Amazon in both e-book and print versions. To facilitate the project, he is avoiding slippery docks and domestic pigs.