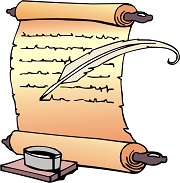 New year, new reading list — but what about the books you’ve enjoyed in the past? Let’s start 2018 with a literary brain-teaser: For each book listed here, see if you can identify its opening line. (And don’t peek at the answers until you’re absolutely desperate!)

Tara Campbell can’t believe it’s already 2018, which means she’s halfway through her MFA at American University, and her collection, Circe’s Bicycle, is due out this spring. If you can’t believe it, either, you can do further research at www.taracampbell.com.