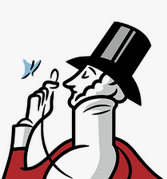 Wes Anderson’s new film, “The French Dispatch,” is a fanciful tribute to the journalism of yesteryear. Anderson purportedly based the editor’s character, played by Bill Murray, on the New Yorker’s first two editors, Harold Ross and William Shawn. In fact, he dedicated the film to them, as well as to other New Yorker writers of the early epoch.

As I watched, I reflected on my own brief stint at the New Yorker in 1984. Not as far back as “The French Dispatch,” of course, but William Shawn was still editor. Back then, the magazine was located at 25 West 43rd Street. I was hired by Tony Gibbs to write and edit art gallery and museum listings for “Goings On About Town.”

“Goings On” was located on the famous 19th floor, the editorial floor, which was a separate world from other magazine departments, except that it was joined by a staircase to the 18th and 20th floors. The shabby furnishings, linoleum floors, and cream-colored walls were just as Brendan Gill had described in his memoir, Here at the New Yorker. You never knew who you might run into — Ann Beattie sitting on a chair in the hallway, for instance.

“Goings On” was a separate little group of six, run by Marjorie Quinn, who lived in the same Manhattan apartment building as Katharine Hepburn. She was conservative, soft spoken, and had a postcard of the pope on the bulletin board over her desk. She talked about such things as going out for cocktails at the 21.

But I worked on the art listings with Jane Olds, who was the best-read and most artistically discerning woman I’d ever known. She had overseen the listings for years, and her take on everything from fine arts to books and music fascinated me. For example, she wouldn’t bother seeing Whoopi Goldberg’s debut one-woman show (I had already seen it) but highly recommended Philip Glass’ Einstein on the Beach (I couldn’t get tickets, but thanks to her, purchased a recording).

Others in the office were Sally Ann Mock and Susan Thomsen, who formatted Pauline Kael’s movie listings. There was also Joan Manion, who handled Gill’s and Edith Oliver’s Broadway and Off-Broadway listings.

Jane and Joan had facing desks in the center of the room with a window behind them and old space heaters for those drafty winter days. The rest of our desks went round the periphery. We mostly worked independently. I loved sinking into the task at hand while others worked quietly around me. We made endless cups of tea and coffee. Sometimes we ate scones. And at Christmas, we all went to the Algonquin for drinks.

I told Jane I thought it was the perfect job. This was the New Yorker! Our press passes granted free access to all exhibits in town: Robert Rauschenberg, Laurie Anderson, Keith Haring, Cindy Sherman, Jean Michel Basquiat. Jane and I frequently spent Wednesday afternoons doing the rounds at galleries and museums. We were also invited to openings.

This job, I felt, had set me right on track. I wanted to be a writer of literary fiction and had begun publishing here and there. If I hadn’t completely made it in my own mind, I had at least made it in the minds of others. I only had to say I worked at the New Yorker for jaws to drop.

Jane was less enamored. “I’d rather have Tony’s job,” she remarked, meaning Tony Gibbs, our boss. “Except I have one terrible flaw. I’m a woman.”

In those days, although the editorial department of the New Yorker was mostly staffed by women, all the respected positions were held by men. Lu Burke and Eleanor Gould Packard, who were primarily responsible for the consistency of tone in the magazine, were “query editors,” not full editors. But Mr. Shawn couldn’t have run the magazine without them.

Mr. Shawn was elderly and rather small, with a rosy complexion. Whenever you encountered him in the hall on his way to lunch, he tipped his hat (he never went out without a hat). He knew everyone on staff. Even two years after I’d left, when, with my first child I returned for a visit, Mr. Shawn remembered me and made polite inquiries.

Once, when Tony Gibbs was out of the office, I had the distinction of having my copy edited by Mr. Shawn himself. He scrawled his comments in black ink. I wish I’d kept that copy sheet, but Jane, who was neither sentimental nor terribly impressed, dropped it into the trash, and I was too embarrassed to fish it out.

Interesting people came in and out of our office all the time: the charming and witty Gill; cartoonist Ed Koren; and Oliver, who wrote Off-Broadway reviews. She was small and hunched with a deep gin voice, and she always had a cigarette in hand. Whenever she caught sight of herself in the ladies’ room mirror, she pretended to be frightened and screamed.

Then there was Mr. McMillan, a large, white-haired gentleman who did some of the spot drawings and sometimes wrote gallery reviews, which demanded close attention. He drove Jane and me a little up the wall, being stubborn and self-important. I hated to challenge his silly mistakes, but it was my job to fact-check everything he wrote with the galleries — especially when it came to colors, since Mr. McMillan was colorblind!

This was my weekly routine: On Monday, we went to press, so the mornings were busy for Marge and Jane, while I began making up the Art section for the following week. On Tuesday, Jane and I checked what I had roughed out against the press releases, as well as on the phone to the galleries. We continued this on Wednesday, and on Thursday, we read everything through and altered last-minute listings.

We never editorialized. We described the work simply and in specific terms — for instance, primary colored stripe paintings in oil. On Friday, we paired up and double-checked hours and addresses. One of us read aloud while the other checked every comma, dot, and dash. On Friday, we almost always left the office at 2:30 p.m.

Bear in mind, we didn’t have computers back then. All the galleries, painters, and sculptors we’d written up in the past were recorded on index cards in a tatty filing cabinet. The cards had listings cut from the magazine and glued on, with handwritten dates beside them.

I learned a great deal about art, about writing, and especially about editing while working at the New Yorker. But I also learned that there’s a very thin line between those on the outside and those on the inside. It seems like a gulf when you’re on the outside, but from inside, it doesn’t feel like one. In the end, it was a job, and once the stardust was rubbed from my eyes, the daily routine wasn’t particularly glamorous. It was more like something out of a Barbara Pym novel.

Which was probably why, when my husband was offered a career in the U.S. Foreign Service, I left the magazine, and we moved to Washington, DC, and from there to Caracas, Venezuela. Though lacking intellectual pedigree, Caracas was by far the most glamorous place I had ever lived.

I’ve sometimes wondered how different life might have been had I stayed at “Goings On” or told my husband I didn’t want to join the Foreign Service. It never occurred to either of us that we might live apart, even for a short time. But this was the last century, remember.

When I left the New Yorker, my life took many unexpected turns. I had three children and learned several languages. And I continued to write articles and stories which found their way into print, so many dispatches from Caracas, Buenos Aires, Moscow, Brussels, and Rome.

The joy of being read to.