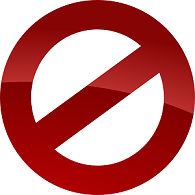 In our new “virus time,” when every day contains a week, March 6th feels as though it was a decade ago, instead of just a month. It’s hard to even remember back that far.

I remember it because, although the window for anxiety-free interstate travel was already starting to close, my friend flew up from Florida, and the two of us finally went to the Philadelphia Flower Show for the first time ever.

March 6th was also the first big cancellation announcement, from South by Southwest, the wide-ranging music, film, and tech festival held annually in Austin for the last 34 years. It was hardly an easy decision; the 2019 conference brought the city about $350M in revenue. The cancellation was the first concentrated body blow to small businesses as a direct result of the spreading coronavirus.

Just before that, the Association of Writers and Writing Programs (AWP) took a lot of heat when it decided to move forward and hold its annual gathering in San Antonio March 4th-7th, even after that city had declared a state of emergency. The resulting much-smaller event left many small publishers and small-press authors scrambling to figure out ways to make up for lost book sales.

AWP was, in fact, the last writing conference of any size to be held before the full extent of the covid-19 threat became clear. In the DMV, the 23rd Bay to Ocean Writers Conference, hosted by the Eastern Shore Writers’ Association, snuck in just under the wire with its March 7th event.

After that, all the rest fell like dominoes. The spring book festivals — Kensington Day of the Book, Annapolis Book Festival, Gaithersburg (not Gaithersburg! We were all so hoping that May 16th would be late enough!) — shuttered for the year. All the writing conferences — Barrelhouse’s Conversations and Connections, the Maryland Writers Association, Malice Domestic — were forced to regroup for 2021.

For our own Washington Writers Conference, we held onto hope for as long as we could. The conference we were planning was easily going to be our largest — and, we were certain, best — ever.

Early on, we were optimistic that our date was far enough out that we’d be on the other side of the crisis by then. Unfortunately, the global pandemic had other plans.

Just as so many small businesses are reeling from the sweeping closures, the nonprofits that organize writing conferences find themselves staggered by these cancellations. Conference revenue often forms the largest part of their operating capital for the year, as is true for the Independent and its Washington Writers Conference.

As for authors — even the bigger names with a devoted following — and publishers, they count on the springtime book events to build readership. It’s an especially cruel twist when the release of the work you’ve poured yourself into for years is completely overshadowed by external events, as David O. Stewart recently described in “Launched into Oblivion” (an experience he has survived not once but twice in his writing career).

On top of all of these cancellations, a painful blow for authors and readers alike is having the DMV’s bevy of amazing independent bookstores closed for the duration. (Ah, the irony that liquor stores are essential businesses, but bookstores are not.) It’s heartening to see the many ways people are working to support their favorites through the shutdown.

In just one example, a favorite used bookstore, Capitol Hill Books, took a customer’s suggestion and began offering a Mystery Books box: You tell them how much money you want to spend and give them an idea of what you like to read, et voila! A box of books soon appears at your door, curated by the knowledgeable staff. It’s genius.

The Independent is justifiably proud of the work it does to build a strong community of readers and writers, and to support the other organizations and businesses in the region that are on the same mission.

Case in point: We’ve pulled together this handy list of the indie bookstores in our area, which we encourage everyone to support even more so now during their storefront closures. Most are happily mailing out books to fill your orders.

We’ll continue to look for ways to support and thank those who have helped us. To thank those Washington Writers Conference registrants who have graciously allowed us to roll their registration into 2021, we’re working to develop a set of Skype meetings for them to meet with participating agents.

Soon, we’ll be posting a list of our 2020 authors along with the titles of some of their books, linked through Bookshop; buying through that site helps you support authors, indie bookstores, and the Independent all at the same time. It’s magical.

(And all without leaving your home, which you’re not supposed to do anyway.)

Be safe; be kind. Let’s get through this together, however separate we may have to be.