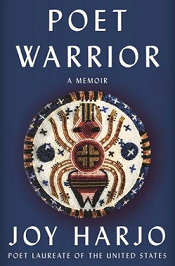 At the beginning of Ian McEwan’s Black Dogs, the young narrator says, “Ever since I lost my mother and father in a road accident when I was eight, I’ve had my eye on other people’s parents.”

When I first read this line, I must have been 22 or so, and I related to it even though both my parents were alive. I’d always kept my eye on other people’s parents because I was curious. This species of creature was most often revealed over the dinner table at my friends’ houses, particularly if the parents were at diametrically opposed sides of the political spectrum (like the parents in Black Dogs), which the most interesting ones were.

That many of these couples could disagree fundamentally and still live amicably in the same house defied the laws of gravity — didn’t conflict lead to a mess of snot and tears, skulls knocking rock bottom? I wasn’t out to prove Leo Tolstoy’s famous line from Anna Karenina — “All happy families are alike; each unhappy family is unhappy in its own way” — because it wasn’t the point.

Instead, what crossed my mind then, as it does now, is that curiosity is its own teacher; we lumber along through our lives, short or long, observing similarity, being inspired by difference. Curiosity can sometimes freeze our hearts into judgment (how could those parents enable!) and unfreeze it (there but for fortune go you or I), helping us come to terms with the inevitability of the seven ages of man or the circle of life.

A tragedy is less of an existential life sentence if we notice that other species of human also experience it; laughter can connect; none of the insights into life can be learned in isolation, in separation.

It is like that with poems, too, so now I joke: I’ve had my eye on other people’s poets, collecting and recollecting their work. My mother just gifted me Joy Harjo’s spanking new memoir, Poet Warrior. Harjo is America’s poet laureate and a member of the Muscogee (Creek) Nation. Harjo writes:

“I had been using [Audre Lorde’s] poems as maps, the way some of our indigenous peoples used songs for star maps. They told me how to get from here to there, in a land of beautiful diversity.”

The first time Harjo read activist-poet Lorde’s Coal, she could not leave it behind in the bookstore. “I needed it to keep me warm.”

With its multiple references and histories, Harjo’s body of work holds many lifetimes — her own, plus those of ancestors, descendants, and her community of writers like Lorde. When she quotes Lorde’s famous anthem, “A Litany for Survival,” she tells about their first in-person conversation, where Lorde says, “Let’s find a place to sit and break bread together.”

Later, Harjo asks if Lorde had figured it all out. “She threw her head back and laughed. ‘Nooooooo, honey!’”

Curiosity reveals the lines between the stars. As I read Harjo, I am also reading another poet’s poet, Diane Seuss. Nancy Mitchell, with whom I had been doing a series of events for Plume’s new anthology, interviewed Seuss as featured poet of the anthology. Danny Lawless, editor of Plume, invited 49 poets to each bring a guest to the anthology in an eclectic curation of voices, thus showcasing a constellation of contemporary writers.

Seuss’ frank: sonnets is like a sun in a solar system of new books about aging that I am reading. Seuss is tender, fiery, and as human as the pain from all that loss, all those cuts that make us bleed and don’t necessarily make us stronger. She writes, “I met a man a dying man and I said me too.” Or “worried about these bruises who will hold me when I die?”

Covering the seven ages of “human,” Seuss can hold the child’s body in the woman’s, each of the stages like planets of their own, still belonging to the same poet/sun-goddess. “I was a quiet child but I schemed behind the silence.” She is a parent, hurtling poems about addiction into the unknowable universe, breaking my heart: “I’d authored him in my bones, he was my allegory, analogy…I forged his suffering, his nail.”

Three other planet-books joined this reading list. In Inheritance of Aging Self, Lucinda Marshall’s narrator cross-stitches grief into a multigenerational canvas. From “My Mother’s Closet”: “No solace will be found in these boxes, filled with the anchorless things.” Tending to the self is not just our own body; the mirror holds so many bodies before us — mother, grandmother, “now manifest in this body / that has become my own.”

Stewart Moss’ book of poems For Those Whose Lives Have Seen Themselves journeys through small Tibetan and Afghan towns with a music that begs for a return to the traveling life with all its joyful curiosity — that we could meet without hurting, taste without burning our mouths on the heavy weight of our histories. Within its pages is “Road Prayers in Afghanistan”:

“The country was near last night,
it huddled next to me and against me
on our common, tea-stained earth…”

The book is the road of life, as in the title poem:

“…Sometimes clarity
Only comes with loss…”

Of the many tables I have rested at recently (while eyeing someone else’s parents), the one at Garland Pond in Maine bears mention, as do the hosts, John Rosenwald and Ann Arbor. Rosenwald’s poetry collection Harvest has a gorgeous red cover, with a woodblock print of “Persimmon Harvest” by Chinese folk artist Ding Jitang. Like Marshall does, Rosenwald takes the breadth of an ancestor’s life into his own:

“Older than elephants,
my grandfather
lifted his trunkful of years,
carried the past
like a twig.
Even with slack skin
he is large. Lost in himself
he plunges through forests of days,
looking for ends and beginnings.
May I learn to follow his trail,
to come to him in the hour of my dying.”

Reading Rosenwald’s poems, I find myself pulling my knees to my chest and sitting out on the camp’s dock on Garland Pond, watching the universe — the Milky Way so bright, the stars light up the blood, tying all of us together in an endless movement, waiting for the never-ending story to end.

I Know You, and You Know Me

A poem for the new year.