A word, a trademark, and a “trivial” genre 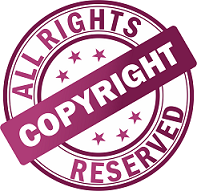 I woke up one morning to find my Facebook and Twitter feeds full of #cockygate outrage. What’s #cockygate, you ask? Well, a romance writer by the name of Faleena Hopkins submitted paperwork to the U.S. Patent and Trademark Office (U.S. PTO) to trademark the word “cocky.” Surprisingly, it was granted, both for a particular font she uses and, more broadly, for the word “cocky” in any romance title or series title.

This author then proceeded to send letters to romance authors who used the word in their own series/titles demanding that they rebrand their work because they were now in trademark violation. She convinced Amazon to begin pulling these books from sale.

When romance authors became upset (see #byefaleena and #cockygate threads on Twitter), Hopkins claimed that she was simply trying to protect her brand. She even complained about other authors using the same stock photos on their covers as she does.

Now, there’s a simple reason we can’t trademark titles or common English words appearing in titles. Imagine if I decided to trademark “mystery,” “murder,” or “girl.” See where I’m going with this? Soon, there wouldn’t be any words left to use. It doesn’t make sense.

The Romance Writers of America quickly became involved and submitted (along with an IP lawyer named Kevin Kneupper) a request to the U.S. PTO to cancel Hopkins’ trademark. For a highly informative summary of the case, see Legal Inspiration. For a more detailed (and entertaining) opinion piece on Hopkins’ actions, see Jenny Trout’s blog post.

It will probably take months before the U.S. PTO decides whether to cancel Hopkins’ trademark. In the meantime, authors with “cocky” in their titles will have to make some hard decisions about whether to retitle their work or risk Hopkins’ and Amazon’s wrath. It’s an expensive proposition either way.

A New York Daily News article touched on another salient point in the whole #cockygate cock-up: the idea that somehow, because it’s romance, it’s inconsequential. Leonard Greene, the author of the article, even says, “These writers are at war with each other over the most trivial of details.”

Now, I don’t know how trademarking the English language so that other writers can’t use particular words could be considered trivial for any writer — regardless of genre — but, apparently, it can.

Greene goes on to write a condescending and factually inaccurate piece that’s more an excuse to throw shade at the romance genre than to engage in any real discussion of the ramification of trademarking the English language for individuals’ exclusive use.

I wrote an earlier article on genre-shaming readers for their tastes; in retrospect, I should have also included one on genre-shaming writers. I write both mystery and romance. I’m also heavily influenced by epic fantasy and urban fantasy and often incorporate elements of both into my work. I love each genre for different reasons, but until I started writing romance, I hadn’t realized how much shaming came with that particular genre.

Don’t like romance? Don’t read it. But don’t make sweeping statements about romance when you know nothing about it — I’m looking at you, Mr. Greene. There’s nothing worse than propagating ignorance. Trivializing an issue that has ramifications for all writers simply because it happened first in romance is just…cocky.

A Pen by Any Other Name

Coming out of the writerly closet one pseudonym at a time