Why Washington, DC, is the ideal literary locale. 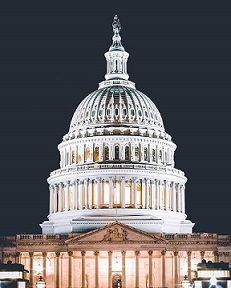 A literary friend bans the mere mention of career and the two-fingered clasp of that must-carry calling card. A self-proclaimed “New Yorker in exile,” she hosted a dinner party for artists in Washington, DC. She abhors the city’s drabness and its dark-suit-wearing crowd of lawyers who represent a place in which she’s endured far too many so-what-do-you-do’s?

She’s not the only disgruntled literary New Yorker I’ve met in DC, but I can’t relate.

I write social history. My current project reconstructs the life of a working-class Connecticut man who joined the Mormons and then found himself on a mission to Siam in the 1850s. He left an unsigned letter at one of his stops for which others were punished because of its treasonous content. His seaman’s eye opens a bottom-up tale of Asia during the height of colonial conquest when most renditions were written by generals. When it’s finished, you’ll have to read the book. I’m writing it here in the Washington, DC, area, my dream location to piece together this epic history.

Just over four years ago, during a workshop at the Writer’s Center in Bethesda, I passed around drafts of what was then a short nonfiction piece. The story was a cruder version of my 1850s Mormon missionary tale. I’d hoped to avoid questions about why I chose the topic and whether I was a Mormon. I’d already heard enough when people didn’t think a Mormon was in the room, and I had no interest in derailing the critique. He’s a man; he’s from Connecticut. Did he have a lot of wives? Read the book.

And, yes. The next week at workshop, the consensus was that my piece needed to be a book. “It’s actually meant to be a short,” I insisted. From every direction around the long table, though, came a unanimous, “This needs to be a book.”

Since then, I’ve simplified my life to be able to research and write the journey of this man throughout colonial Asia. Currently, I reside in a basement laundry room an arm’s width wider than some people’s walk-in closets. Two pale yellow and dusty blue navigation maps of Southeast Asia hang on the walls, with purple route lines and red stars marking the man’s near shipwrecks. An industrial lamp glows in three levels of brightness for mood writing.

In a mesh drawer tucked under my used IKEA desk lies my passport, stamped by every country along the missionary’s Southeast Asian journey. I would also have England’s if they still stamped. London has a trove of primary documents. Salt Lake City’s now more-accessible Mormon archives has his journal and letters. New York’s records reveal the environment in which he worked as a seaman. New Haven holds his family’s roots.

If you pay rent for a laundry room in Washington, DC, you, too, can make it to all these places in four years.

My flexible job, which I can’t talk about — it’s DC, after all — affords me a few odd hours a month in the Library of Congress, where I reserve a shelf containing 1850s merchants’ diaries of Siam and army generals’ accounts of the Second Anglo-Burmese War. There are daytime discussions at the library about all sorts of relevant topics, like feminist writing, writing biographies, and more.

The main reading room is a round expanse of tilted tables with lamps surrounding a librarians’ information bar in the belly of this massive structure. To climb out for a bite through the long halls, past the columns and the security guard checking your purse, you have to be really hungry. Pret a Manger’s quick protein and veggies are my favorite; a drink of their coconut juice, to celebrate Thailand, is for days when I discover a new connection.

On my third year of attending the Smithsonian’s National Book Festival, I volunteered. They assigned me to encourage kids to read science. (A wee hypocritical, since I rarely read science topics.) The festival’s poetry slam brought the cadence of spoken literature to me for the first time. I dreamt for a moment in a books-to-movies session of who might play the main character in my book. Authors reassured me.

Events at Politics and Prose, Sixth and I, and Busboys and Poets put me live in the room with dynamos like David McCullough, Stephen King, and Hillary Clinton. Folks at the Washington Independent Review of Books invited me to engage (hence this essay). Through their network, I met more fiction writers. Their yearly Washington Writers Conference, Books Alive!, put me in front of agents willing to listen to my pitch. Soon I’ll send the sample chapters a few of them requested.

Venturing further into DC’s network of writers and readers, I’m unearthing more opportunities, especially for fiction writers. On a recent Friday night, a writer friend, sponsored by the literary magazine Lines + Stars, read her work at Bossa Bistro + Lounge. There are so many events, supportive groups, and magazines here to read and write for.

Business cards and boxy suits are but a façade in Washington, DC, where some of the world’s most dynamic stories bud. “O Captain! My Captain!” penned Walt Whitman, a sojourner in the District, where the life bled out of President Lincoln in a downtown boardinghouse. Zora Neale Hurston graced the District before setting aflame the Harlem Renaissance. Laura Hillenbrand overcomes physical constraints to write from her DC residence books like Unbroken and Seabiscuit. Tom Clancy had access to presidents and admirals here when writing The Hunt for Red October.

Washington, DC, may not be New York, but it’s a city from which authors have inspired the nation and world, and it’s a writer’s paradise where I choose to create my own masterpiece.

AA Bastian received an honorable mention in the Writer’s Digest 75th Annual Writing Competition in the Memoirs/Personal Essay category for “Japanese Carp,” a critical look at her childhood as a military dependent in Okinawa. She has published “Double Facebook Profile: Egyptian Women Online” and “Mormon Man Creates Controversy,” among other pieces. She is currently working on a narrative history of an unsigned letter published in 1854 that disturbed Thai-Western relations. She lives in Silver Spring, Maryland.

The late Stephen Dixon was a true master of his craft.