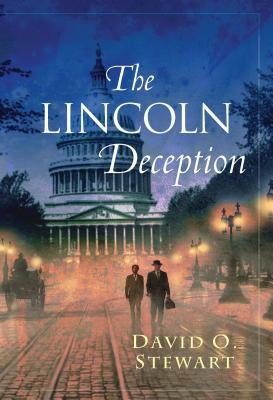 The Lincoln Deception, by the Independent’s president, David O. Stewart, is another in a long line of books whose plots turn history on its ear.

Elizabeth I, the Virgin Queen who lent her name to an age that saw a flowering of literature and culture in England, was really a man! This is the premise of Steve Berry’s latest thriller, The King’s Deception, and the possibility that this explosive secret might be revealed with baneful consequences for today’s Britain drives the plot.

Berry is following the path blazed by Dan Brown, who made literary history with The Da Vinci Code’s plot about a secret that strikes at the very foundations of Christianity. Such historical conundrums make perfect plot devices for thriller writers, and Brown’s success lent them new impetus.

Not that changing history in this fashion is so new. Josephine Tey’s classic 1951 novel, The Daughter of Time, had a present-day detective following clues that Richard III was not the villainous monster portrayed by Shakespeare, but in fact a decent ruler who got in the way of Tudor ambitions.

I’m not talking here about “alternative histories,” a flourishing sub-genre in its own right (think of Robert Harris’s Fatherland about a world in which Hitler won the war). Rather, these are novels that generally end with the secret being kept so that we can continue blissfully in our ignorance.

Many seem to involve the Tudors, but there’s also that other standby for thriller writers—the Nazis. So Arnaldur Indriðason, the Icelandic writer better known for his police procedurals about morose detective Erlendur, bases his Operation Napoleon on a possible shocking revelation regarding Hitler’s fate (not to spoil it, but recall how Napoleon ended his years).

Closer to home, the Independent’s own president, David Stewart, recently published a novel, The Lincoln Deception, about the potential revelation of a dangerous secret regarding Lincoln’s assassination. Tracking down the secret and deciding what to do with it makes for an interesting read, but probably will not actually change history.

Deception is indeed a theme in these books. Sometimes it is deliberate. History is written by the victors, and the Tudors may well have slandered Richard III to shore up their own dynastic claims.

Aside from putting a new twist on familiar facts, these apocryphal revelations remind us how little we can actually know about the past. Our history texts in school and even well-credentialed scholarly works convey the impression we are dealing with incontrovertible facts. In reality, the history we read is usually an interpretation of the available evidence. If new evidence appears, if a different interpretation gains currency (“revisionist history”), these “facts” can be turned on their head.

The title of Tey’s book is drawn from the saying, “Truth is the daughter of time.” But there’s no guarantee the passage of time will reveal all of history’s hidden truths. Fortunately, we have numerous creative thriller writers to fill the gap.

Darrell Delamaide is a writer in Washington, DC. His book blog, Cogito Ergo Sum, can be found at delamaidebookblog.blogspot.com.