Can We Ever Go Home Again?

According to debut novelist Kayla Maiuri, it depends… 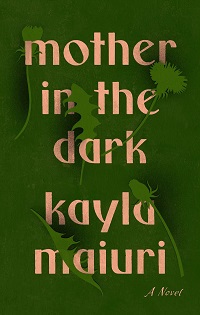 Relationships between mothers and daughters are complicated, my interactions with my own mother a testament to that. And what about the happy memories wrapped around one’s childhood home, the feeling of belonging to a place we assume will always be there?

Yes, young adults must move on to live independent lives, but the comfort of returning to a cherished family home is a privilege not always considered by parents. (I am intimately familiar with the grief of parents moving away.) Is it silly for a grown woman to long for the warmth and serenity of her childhood home and suffer never-ending disappointment over its loss?

Maybe, but I admit to it.

But what happens when the memories aren’t so happy? What if your mother changed, sinking into a depression so deep that no one could reach her? What if your beloved old house was traded in for a larger, nicer dwelling miles away?

In her debut novel, Mother in the Dark, author Kayla Maiuri invites us into the lives of an Italian American family living outside Boston. Their section of Everett, Massachusetts, is a tight-knit neighborhood — most of the adults grew up together; they still gossip on porches and share leftovers.

When they’re little, sisters Anna, Lia, and Sophia worship their mother, Dee. “We orbited our mother, taken in by her spell — a mood of silky, dreamy content,” recalls Anna. “She was the most beautiful woman we’d ever seen.” Dee is a happy and attentive parent until the girls’ father, Vin, makes a unilateral decision to move them all to the suburbs.

Dee’s emotional stability spirals into grief when Vin announces they’ll be relocating to the town of Topsfield, into a “real” home with AC and a yard. Vin is sure his wife will come to appreciate their new lives in an upscale area. But that doesn’t happen.

Dee’s depression overtakes her, rendering her neglectful. Even before the move, she stays in bed, hiding from the truth of their impending relocation. The roles of mother and daughter flip — Dee now plays the character of a needy child as Anna steps into the role of caregiver for her sisters. What else can she do?

It gets no better after the move. Dee becomes a shut-in, rarely leaving the house and planting herself in bed or on the couch. When Anna turns 18, she longs to “slip into invisibility” and flee to a new life in New York City with her childhood friend from the neighborhood.

Now, over seven years later, Lia is blowing up Anna’s phone, but she doesn’t answer. She knows what her sister will say — that something bad has happened to their mother. Anna hasn’t seen Dee for three years and doesn’t want to.

But she knows that, at some point, she must.

Like Anna, author Maiuri grew up outside Boston in an Italian American family and loved to hide under the kitchen table while her mother gossiped with the neighbors. Those overheard bits of stories gave her a sense of the complicated power dynamics within families and groups of friends.

Her emotional literary narrative alternates between Anna’s childhood and Anna in her 20s. Maiuri’s story comments on the long-term effects of childhood trauma — regardless of its severity — and the precarious turns our lives can take. In the end, Mother in the Dark asks, “Is home a place or the people in that place?” And can we ever go there again?