Anthems for our time, and remembering a hero 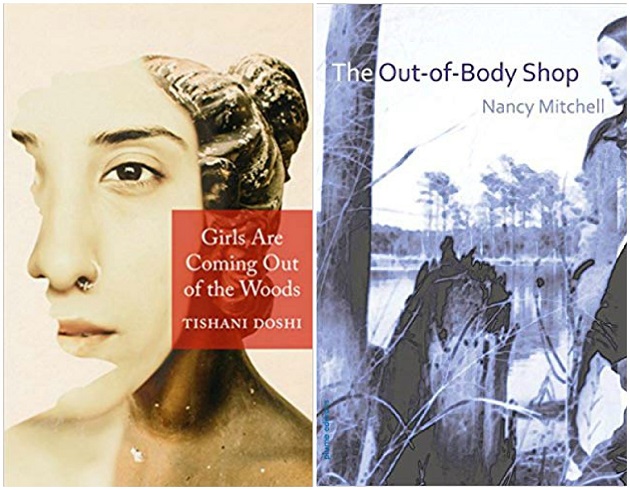 In Tishani Doshi’s book Girls Are Coming out of the Woods, she remembers her friend Monika Ghurde, who was murdered in her home in Goa. She remembers girls like Jyoti Singh, fatally assaulted on a Delhi bus in 2012.

Doshi’s title poem is an anthem for our time. “Girls are / coming out of the woods, lifting / their broken legs high, leaking secrets.”

When Doshi performed at Politics and Prose bookstore in Washington, browsers stopped in their tracks. No one could turn away. She tells us why in “Everyone Loves a Dead Girl”:

“Their hearts leap when they hear a story of a dead girl,
and when they tell it to someone (how could they not?)
the telling is a kind of nourishing — all the dormant bits
inside them charge around like Bolshoi dancers re-entering
the world alive, and with wonder…
…How could you not fall apart
with relief?”

For some of us, the generations of women who came before us taught forbearance: “It happened to me too, you’ll be fine.” We are familiar with this stoicism and shushing. But Doshi whispers to us in “Fear Management”: “When so much can be vanished / so silently into the dark teeth of sleep, / tell me, wouldn’t you fear for your life?”

Another poet I have been reading is Nancy Mitchell, who writes in her poem “The First Return” (from her book the near surround):

“You see your face
among the masks
your mother made
and hung in the room
where you sleep.”

The silencing starts off seemingly protective. But isn’t this despair — an acceptance of one’s lot, one’s fate? “The heart / on its chain, / I think, buried / in the yard,” Mitchell writes.

In “The First Return,” Mitchell is chilling: “You’re smart to keep / dreams to yourself; / a sly one like her / would know a kind ear / is the first way in.” Voice is dangerous.

When Mitchell drops us deep into the origins of silence, the restraints feel more than metaphoric: “he placed his hand on the space / where my ribs furl back like wings / to steady me, / to keep me from rising.”

What of all this quiet; where does it leave us? And so the narrator of Mitchell’s poem “The Whole Bottle,” asks: “reserved — for whom?”

In her recent book of poems, The Out-of-Body Shop, Mitchell comes at the answer in all its sludge and mess in “Unbearable” –– “knock out / this wall with a sledge- / hammer and let the night / in sink my arms in warm / mud all the way up / to my elbows.”

The pressure that builds up from the legacy of restraint is explosive. Mitchell is “pounding fists.” When we unearth history, she warns, “we’ll need gloves” (from “The Past”).

These are poems like Doshi’s that will get your hands dirty. We are no longer in the sanitary surface of things.

The disturbance created by Doshi and Mitchell in these new collections leaves us questioning if the everyday violence, the silence, the accepting, is a necessary state of being.

Doshi heralds the changing times: “we must kneel together and gather. / This is how desire works: / splintering first, then joining” (from “Rain at Three”).

Part of the reason I decided to talk about Mitchell and Doshi in the same piece was that I have spent time with each of them in the past year. Doshi came through DC for her book’s U.S. tour, and I visited Mitchell in her home in Salisbury, Maryland. Their books have shared space on my shelves for some time now, and these two new collections have joined them.

Another reason is that I am drawn to the setting of many of their poems. They both live in Eastern coastal communities, even if one lives by the Eastern Shore in America, and the other calls the Tamil Nadu coast of India home. Many of their poems have references to coastal landscapes.

When Mitchell’s geese pass by, their wings “creak” like “the rusted hinge of the picket fence” (from “Grace Notes”).

Rust is a constant when you grow up on the ocean, as I did, overlooking the Arabian Sea in Bombay. In Doshi’s “Coastal Life,” there are “pins to mount the beasts of our lives / against a filigreed blanket of rust.”

The deeper layers of the earth are present in their work, and as we read Doshi’s poetry, we “swim through the beast of this salty knowledge.”

These poets weave us back into our place in nature to face our individual and collective pasts, the place we have in the life of things that will turn to detritus before long. Doshi’s anthems feel like a call to action, as all anthems should. The way things have been is not the way things should be. Time is not on our side, we don’t have forever to act.

The third strand of my column’s braid this month is a woman who showed us the true meaning of agency and empowerment. Harriet Tubman (1822-1913), a slave girl, decided her past was not her future. She was beaten on the head so brutally by her owner that she could no longer work, and he planned to sell her off.

Nicknamed “Moses,” Tubman escaped through mud and forest to the North. The land of Tubman’s birth was a cipher that she cracked to aid her journey to freedom. Countless times, she returned to her home to reach a hand out to other slaves and help them up the coast on the Underground Railroad.

Driving east from DC, you soon hit the waters of the Chesapeake Bay, filled with hundreds of waterways with spread-out fingers of land breaking the water’s progress out to the Atlantic Ocean.

This is the land that makes its way into many of Nancy Mitchell’s poems. The week we visited her in Salisbury, we biked and explored this area between the barrier island of Assateague on the east, and Harriet Tubman’s birthplace, Madison. In Eloise Greenfield’s poem “Harriet Tubman,” we enter the dangerous wetland filled with slave catchers:

“But she ran away that dark, hot night
Ran looking for her freedom
She ran to the woods and she ran through the woods”

All three women, from different periods and continents, are linked by how close they hold the earth, listening. As you drive out into Maryland, past farmland, into river deltas to beach, you can imagine Tubman crouching and hiding as she smuggled her people to freedom.

In Mitchell and Doshi’s poems, the earth and nature — birds, animals, bones of the dead — come alive to participate in the muffling, the soothing, and the upending of what we have repressed. These, and other voices, are the collective anthems of our time.