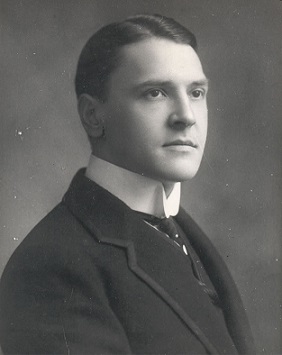 I fell for spy stories early. It started with the black-and-white despair of Richard Burton’s portrayal of The Spy Who Came in from the Cold. The short-lived but largely baffling TV series “Secret Agent” closed the deal. For at least a week in junior high school, I tried to mimic Patrick McGoohan’s breathy delivery. I can still sing the show’s theme song in best mock-Johnny Rivers style.

From there, the road led to John Le Carré’s novels (nothing matches Tinker, Tailor, Soldier, Spy), then on to those by Graham Greene, Eric Ambler, and Charles McCarry. I never could buy the James Bond-style derring-do, the speedy cars and serial sex with acrobatic women. Really? Life just isn’t like that.

Give me a desperate fellow who’s just made a mistake, maybe two; he can’t be sure. His clothes are getting ripe since it’s his third day on the run, and his fate depends on outwitting the very smart cookies on the other side. He’s playing the game blindfolded, forced to trust those who probably aren’t trustworthy, but maybe this time…

This distinguished genre, I recently discovered, began not with my longtime favorites, but with an otherwise entirely respectable, non-genre writer: W. Somerset Maugham and his 1927 story collection, Ashenden: The British Agent. As Raymond Chandler observed about Ashenden in 1950 (before Le Carré hit the scene, I note), “There are no other great spy stories.” The others, Chandler added, “always overplay their hand. Too much bravura, the tenor sings too loud.”

In Ashenden, Maugham followed the old chestnut to write what you know. As explained in Selena Hastings’ biography The Secret Lives of Somerset Maugham, he was a spy during World War I. First he manned an outpost in Switzerland, running agents into Germany and Austria. After a break in Tahiti — not a bad life, eh? — Maugham took a turn at spying on revolutionary Russia in 1917 during the interregnum between the fall of the tsar in March and the rise of Lenin and the Bolsheviks in November.

The stories in Ashenden track Maugham’s spying experience. Glamor is thin on the ground, as are leaps from buildings and shootouts with bad guys. “If you do well you’ll get no thanks,” Ashenden is told when he signs up, “and if you get into trouble you’ll get no help.” Maugham was recruited with the same frosty assurances.

A key feature of the spy story is secrecy, but Maugham (that is, Ashenden) understands that secrets must be kept from those on his side. “He was not to make difficulties” for ambassadors “by divulging to them facts that it might be inconvenient for them to know.”

In another passage, Maugham/Ashenden recognizes that his superiors “desired the end, but hesitated at the means…Though ready enough to profit by the activities of obscure agents of whom they had never heard, they shut their eyes to dirty work.” Yet the cool, clinical Maugham also captures the tingle and thrill of secret work:

“He had no one to give him orders, unlimited funds (he carried in a belt next to his skin bills of exchange for a sum so enormous that he was staggered when he thought of them), and though he had been set to do something that was beyond human possibility he did not know this and was prepared to set about his task with confidence.”

Because he was a keen observer of human behavior, Maugham’s descriptions often delight:

Wait. You can do better than this. Get Ashenden: The British Agent. See where it all started.

David O. Stewart, president of the Independent, writes nonfiction and fiction, including historical mysteries, including The Wilson Deception, which will be released in late September. It has spies in it!

The Independent’s Most Popular March Posts

A recap of the most popular of our 50 March posts.