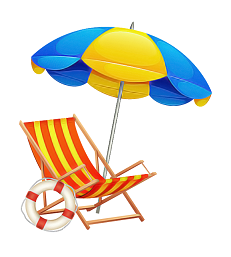 A while back, I stood in a receiving line and patiently waited for Mary Gaitskill to sign my dog-eared copy of Two Girls, Fat and Thin. The novel, which came out in 1991, follows the story of Justine, a beautiful, lonely, sexually addicted young woman who meets Dorothy, who’s been overweight, maladjusted, and miserable since childhood.

On the surface, the pair couldn't be more different, and yet they are drawn together by their shared history of abuse and shame. Dark and wickedly funny, I devoured this book and couldn't wait to tell Gaitskill.

When it was my turn, I handed my copy over and said, “I brought this book with me to the Dominican Republic to read on the beach.” When she didn't say anything in response, I added, “I was on my honeymoon.”

That got her attention. She looked up at me with an expression that told me I was probably the first person to ever do such a thing.

“Okay, wow,” she said. “That was an odd choice to bring on your honeymoon.” I didn’t tell her that I had also brought along a copy of Jennifer Egan’s Look at Me, a book about a fashion model who suffers disfiguring injuries in a car accident.

When I was a teenager, I would spread out a beach towel and rip through anything by Harold Robbins (A Stone for Danny Fisher was probably my first “dirty” book) and a whole catalogue of bodice-rippers plucked from my mother’s bookshelf. But tastes do change.

Over the years, Jonathan Franzen, Cormac McCarthy, and Don DeLillo — heavy lifters, all — have joined me under the beach umbrella. Which raises the question every summer: What exactly is a beach read, and why was Mary Gaitskill passing judgment on my picks, for goodness sake?

In an oft-cited article in the Guardian, writer Michelle Deen explores the origins of the “beach read.” The term, she discovered, only emerged in the 1990s, usually in trade publications such as Booklist and Publishers Weekly.

Deen writes, “It’s hard to pinpoint the first usage, but the summer of 1990 is when many writers began, which leads me to believe that somewhere out there is a canny book publicist sitting on the fact that he or she coined the term for a release that summer.”

Whether the nomenclature was invented by a savvy marketer or not, the collective understanding is that a beach read is usually an opportunity for total escapism, whether that mental vacation is to Narnia or exploring The Mysteries of Pittsburgh.

I was curious to know how some of my headier author friends define the term. I emailed David Shields, whose books, including his forthcoming The Very Last Interview, all unfailingly manage to be intellectual hedge mazes.

“Anything that you can’t stop reading,” Shields wrote in response to my informal poll. “For me, those are David Markson’s last four books and Simon Gray’s four-volume Smoking Diaries and J.M. Coetzee’s Disgrace and Elizabeth Costello. All I do pretty much is reread these books over and over.”

Somehow, I can't imagine him reading The Prince of Tides.

“I want a book that’s utterly immersive and compulsive, so I don't notice sand drifting itchily onto me,” says Leslie Pietrzyk, whose new collection of stories, Admit This to No One, is out this November.

I asked Leslie if she’d be insulted if a reviewer labeled one of her books a beach read. “I think people perceive a ‘beach read’ as lighter somehow, but I would love to be walking along the water in Rehoboth and see someone reading my book,” she responded.

“I'll say, though, that the books called ‘beach reads’ don't seem to get the awards, which is a pity. If you can write a book that wins the battle for attention over the grandeur of the Atlantic Ocean, all respect to you!”

In August, I'll be spending three weeks at my family’s beach house in Connecticut. I've already made room in my suitcase for Lawrence Wright’s new one.

Why you, too, should get all your writing ideas from this site.