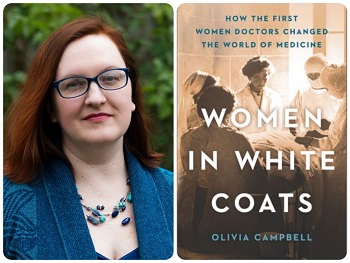 Olivia Campbell — an independent journalist and essayist whose work has appeared in multiple publications, including the Atlantic, New York Magazine, and the Guardian — recently released her first book, Women in White Coats: How the First Women Doctors Changed the World of Medicine. Says Publishers Weekly, “This entertaining account adds a valuable chapter to the history of women and medicine.” Campbell discussed the book with WYPL’s Stephen Usery in June.