Authors on Audio: A Conversation with Karen Abbott 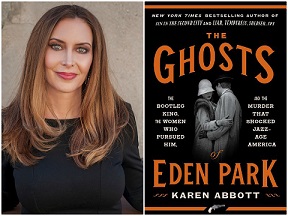 A New York Times bestselling author of such works as Sin in the Second City and Liar, Temptress, Soldier, Spy, Karen Abbott has also written for the Wall Street Journal, Smithsonian Magazine, the Washington Post, and other publications. Her new book is The Ghosts of Eden Park, which NPR says, “is a page-turner, teasing readers with its central mystery, and reaching its climactic final trial with a satisfying bang.” Here, Abbott discusses her latest release with FM89.3 WYPL’s Stephen Usery.

Authors on Audio: A Conversation with Michael Farris Smith

Authors on Audio: A Conversation with Brock Clarke