The test of time isn't pass/fail. 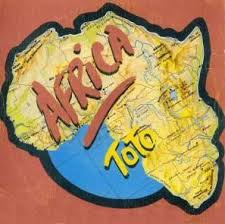 I really thought the band Toto had something. When I was a kid, I remember hearing the song “Africa” and thinking its beauty was haunting. And I couldn’t have been the only one. Right?

But despite its massive popularity and artistic significance, you might be surprised to learn that “Africa” is rarely played anymore. In fact, the last time I heard the song was when Betty White sang it at the conclusion of an episode of Community.

The 10-year-old me thought, for sure, that song would be around forever.

But the 40-year old me doesn’t listen to Toto much anymore, and I also try to never assume that a work of art will stand the test of time. In fact, nothing annoys me more (well, Nazis do) than when critics use that phrase — I’ve said it myself, so I’m not giving anyone side-eye here. Or critics will write, and this is even more pretentious and vague, “This work of art embodies the spirit of the human condition” or “it’s a triumph of the human spirit” or some other combination of those words. It’s a phrase that the literary community has beaten to death, and it means nothing.

Like you, I’ve read beautiful books that shook me. I still remember turning the last page of A Farewell to Arms and sitting at my desk and staring into the swirling wood grains, destroyed. Or finishing Faulkner’s Wild Palms and understanding love in a way I never had. Or reading Anne Tyler’s Ladder of Years and thinking, “So that’s why my mom’s sort of crazy.” But to call those books a triumph of the human spirit and resort to what has become an artistic cliché reduces their beauty and power.

In The Art of the Novel, Milan Kundera discusses time as a measure of success, and he writes:

“Once upon a time I too thought that the future was the only competent judge of our works and actions. Later on I understood that chasing after the future is the worst conformism of all, a craven flattery of the mighty. For the future is always mightier than the present. It will pass judgment on us, of course. And without any competence.”

Kundera’s right when he says (I’m paraphrasing here) that time gives no fucks. There’s no mystical element that somehow ensures “pure” art survives. Longstanding success is, in reality, controlled by either the marketplace (an assumption most writers would likely, and rightfully, abhor) or educators who teach what they were taught. Beautiful and deserving books are, simply, sometimes forgotten. Betting on the future to prove greatness is a safe bet…and, by “safe,” I mean cowardly. You’ll be dead before you’re proven wrong.

So what can writers use as an honest measurement of success?

Personal opinion? The problem is, what you define as “good” is subjective, and that definition changes throughout your life. The art you enjoy as a kid will probably embarrass you in your thirties and forties (in fact, just ignore the first three paragraphs of this column). If you’re a writer, there’s always a wary grimness that comes when you reread one of your books or short stories. After all, if you’re a serious writer, then you should be an improving one.

There’s also that moment when a sentence or a phrase (or, if you’re fortunate, an entire story or book) you wrote holds up. You read it and you like it and you know you’re not bullshitting yourself. It’s the moment that Bernard Malamud identified in the opening to his collected short stories: “One day I began to write seriously: my writing had begun to impress me.”

Maybe you didn’t embody every element of humanity, but you did write something utterly truthful. It may not stand the test of infinity, but it stood the test of your time. You made a contribution to understanding or explaining or defining some mystery of the world, and hopefully someone else feels that same way. You were honest. It was good.

A handful of reads for this day of gratitude

Are writers obligated to portray their niches accurately?