How a pseudonym can reveal, not mask, the man behind it. 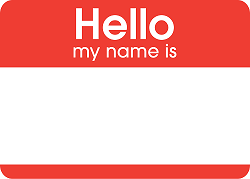 A few years ago, meaning many years along this process I’m about to detail, I worked briefly with a member of the writing community here in DC. She wrote to me after an event we’d collaborated on and expressed curiosity about my writing. Specifically, she asked, “Why did you choose an Asian pen name?”

She’d met me, so she knew that I’m a rat-faced Anglo with flat, dull hair and a pimpled, mole-pocked complexion. Judged on the surface, there could appear to be that conflict. And she seemed to be coming from the perspective of aggrieved, exploited minorities, those who rally around “identity politics.” But my knee didn’t jerk.

Although I thought it was presumptuous of her to ask, I didn’t begrudge her wanting to know. And I don’t begrudge “identity politics,” either. I’m a big fan of Michel Foucault and believe that politics evolve as societies do. I also believe that America is exactly the kind of place that should evolve a wider range of political perspectives than are currently available. (Perhaps we’ll have three parties in the next election.)

But the key is the “identity,” not the politics. First, one has to sculpt one’s identity out of the granite universe, out of the bombarding media cavalcade of iPhones, cable, Wi-Fi, online chaos. We have to recognize the hooks that society’s institutions have in us, and choose which are of use, and which may be discarded.

Then we have to discard them and fill in that space with the authenticity that allows us to say “This is my identity,” a functioning, healthy, productive self to sustain us in a decadent civilization. We’ve been untethered, by revolutionary technological forces, from the known world. Fragmented society means fragmented individuals who, if they can socialize and make a mosaic of themselves, become stronger.

From the time I was 15 to 35, I carved out my identity: student, traveler, husband, teacher, father, customer-service rep, American. All along, I’d been writing, but my identity as a writer coalesced when I was a 35-year-old graduate student. We had young kids in the house, and I was reading some great writers (Dante, Sterne, the aforementioned Foucault). Each of these writers was deeply involved in — and detached from — his writing. Dante was both the pilgrim and the poet. Sterne was a jester and a parson. Foucault was a political leader who refused to lead.

I decided that I would begin writing with a pseudonym for distance. So I chose a nonsense word from a journal I’d stopped writing in, Fing, and coupled it with D. Selby to honor Flann O’Brien’s great scientist character in The Third Policeman, de Selby. That was my breakthrough character: D. Selby Fing, mystical poet, failed man, a suicide at age 35 in 1976.

I wrote as D. Selby Fing for a brief but productive period, but then, knowing he was a failed man, I created his two sons, D. Selby Fing Jr. and Y.S. Fing, to help me tell their father’s story. Part of the Fing story is that D. Selby’s grandfather was an Armenian immigrant fleeing genocidal terror in Eastern Turkey during the First World War. His name had been Fingrelian, but it was shortened when he registered at Ellis Island.

It was D. Selby Fing Jr.’s great work to annotate his father’s epic poem, “The Profane Comedy.” He was the elder son and had stronger memories of his father than did his brother, Yorick. He lived a tormented life and was, sadly, killed on September 11, 2001, on Flight 175. So, brother Yorick took over the annotation of the poem and wrote a (still unpublished) book of aphorisms on his father’s life called Event Horizons.

I created all these characters, and they are me to an extent. Then they’re not me.

Since the mid-aughts I’ve been writing as Y.S. Fing, a teacher with a complex biography whose philosophy is the same as his father’s, “Irony with love.” Over years, I’ve employed varying identities to do the work I’ve needed and wanted to do. And I’ve maintained a certain integrity in my private, personal identity, raising a family, volunteering at school, and being a citizen — not always an easy balance for an artist.

The problem returns when I socialize my writing in the world. Having chosen a nonsense word for a name, I may stand accused of cultural appropriation. (I’ve looked into it. There is a Chinese name Feng, with such variations as Fung, Fong, Pang, and Foong. But no Fing.) It may not be the best time to be an Anglo male, especially a navel-gazing writer such as a Fing. Clearly, historical-minority voices have risen, gained strength, and provided power to our culture and society. If this is the world of identity politics, I’m fine with it.

My voice doesn’t have to be the loudest, but that doesn’t mean it’s powerless. True literature, no matter whose voice it’s in, is timeless and withstands the vagaries of politics. That’s always been the level I’ve aimed for.