An Interview with Tania James

The author’s latest novel is told in three voices, including that of a rogue elephant. 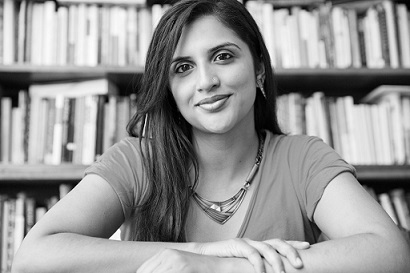 Western idealism, local reality, and a fugitive elephant blend seamlessly in The Tusk that Did the Damage, Tania James’ novel about an old village meeting the new world. In it, protagonists Emma and Teddy have come to the forest wielding cameras and naiveté, hoping for a story. They end up finding so much more.

Here, the Washington, DC-based author discusses her book, the trickiness of capturing an animal’s point of view, and the surprising power of alcohol.

Did you mean to write your characters so that readers might like the elephants more than the humans? Are we meant to sympathize with one over the other?

I always knew that the elephant would be easy to sympathize with. Many readers bring in a built-in set of emotions where elephants are concerned — awe, respect, admiration — but also outrage and perhaps even guilt over the future of the species. All of those associations come to bear on the elephant in my novel, even though I wasn’t aiming to make him more or less sympathetic than the humans around him. In my view, Manu (the poacher’s brother) is just as sympathetic, entrapped as he is by a sense of duty and loyalty to his brother. I suppose I was trying to create characters who are worthy of exploration, in terms of who they are and what drives them toward certain acts, if not sympathy.

Teddy and Emma are best friends from college embarking on a filmmaking adventure. Their skill in making movies seems to match their relationship skills. They are amateur filmmakers and amateur lovers. Their petulance and innocence — such a nice touch. Theirs is one of three storylines woven together in the book. Which story amused you the most to write? Why?

There were things that I enjoyed (and a whole lot that perplexed me) while writing each of the three sections. I guess the elephant sections were most amusing in that I got to learn so much, so quickly, about a fascinating creature. One of the challenges, then, was to figure out a way to weave that knowledge into the writing without it sounding didactic or slowing the flow of the story.

Teddy and Emma are decidedly different than the documentary filmmakers one imagines. Are they based on real-life experiences?

After college, I went to Mumbai for a month to make a short film, though I had far fewer resources and skills than Emma and Teddy. But I can remember that sense of ambition and adventure, the naiveté of being in your early 20s and in a foreign country. I made some mistakes back then — and an over-serious film — though not the same mistakes as Emma.

Was the sign (below) really on the road — or did you want it to be there?

Be a careless overtaker
End up at the undertaker

There are quite a few physical details that bear resemblance to the villages and towns around Wayanad, where I did most of my research, but I created a village of my own, Sitamala, so I could improvise where I wanted to. And I wish I’d written that sign — isn’t it great? It contains just enough wit to force a driver to slow down and think it through.

There is a section early in the story, part of the filmmakers’ section, when the narrator describes an elephant’s trunk in such a magical way that it made me wonder if the elephant hadn’t been confiding to the filmmaker. Did the story materialize in parts? How did you decide where to put what? Their perspectives are seamless.

Thank you! I kind of started from the beginning and wrote my way through to the end, pretty much in the order that it appears. I did try to focus on one particular section for a few weeks at a time, in order to get inside that voice and perspective. But because the book is chronologically and structurally complex, I couldn’t leap around while writing; I had to build on what came before.

How did you develop the elephant’s perspective?

There was some stuttering at the outset. At first, I tried to write it as a first-person elephant, which didn’t quite jibe with the more realist worlds of the Poacher and the Filmmaker. I tried writing from the perspectives of the people around the elephant, but that was kind of too comfortable. I think you can always tell when a writer is having fun on the page, even if the content is grim. Some of that fun, for me, comes from doing something I haven’t done before. But when I landed on the opening paragraph, where we get the elephant’s various names (the Master Executioner, the Jackfruit Freak), I knew I’d found the voice that would work for a legendary sort of character, a voice with some flexibility in terms of zooming in and out.

Should I apologize in advance for wanting to quote you on T-shirts? “All the no’s would add up to a subliminal never.” This is Emma’s wish, surely shared by many others. What do you think? Perfect for a T-shirt: “10 no’s = never!”

No apology necessary, but I expect a cut of the profits.

Alcohol has a power; it can “split a man into two different people, each a stranger to the other.” If I added “neither one capable of liking the other,” would you agree? What kind of disparate parts are we all made of?

I actually like myself when under the influence. Maybe that’s because I’ve had a baby and now have to act responsibly for most of my waking life. But more to your question: I’m reminded of an Allegra Goodman story that I love, called “La Vita Nuova,” in which a woman creates a self-portrait, in a way, through a series of matryoshka dolls. There’s her as a toddler, a schoolgirl, an art student, and so on. It’s a charming interpretation of all these multiple selves, each of them whole and contained, that we carry inside of us.

Synthetic Achan is the neighbor and a seemingly wonderful father. How’d you name him? Everything about him seems so real.

I had a lovely great-uncle, who recently passed away. When she was young, my mom and her siblings called him Synthetic Appappen, for similar reasons (his aversion to any sort of artificial ingredient). I didn’t know him all that well, so my fictional Synthetic Achan is someone else entirely. I’m glad he feels alive to you.

Jayan’s experience is the opposite of what is often said and yet, in a way, he makes the most sense because he has remained the same (during his prison stay) and everything else has changed. What do you believe most people experience in their lives? Do they change, or does the world?

Both change, I think. Which is what gives us the impression, most of the time, that life isn’t moving particularly fast. It’s only when we return to our hometown and find the beloved bookshop replaced by a Reebok store, or when we glimpse a high-school photo of our baby-fatted cheeks, that change — and its velocity — hits us in the face. In spite of that change, I’ll stick with the matryoshka metaphor. I still carry around my 8-year-old self. I don’t think she’s ever left me.

An Interview with Patricia Bosworth

The former actress discusses hardship, Hollywood, and her satisfying switch to writing.