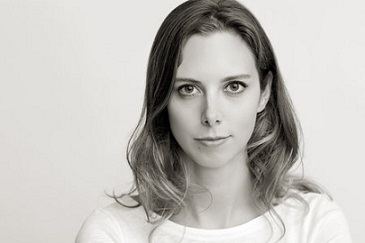 In Rebecca Scherm's Unbecoming, Grace, from small-town Tennessee, is reared by distracted parents who favor her younger siblings. As a teen, she finds solace with her boyfriend Riley’s family, well-to-do stand-in parents for Grace and others. As she becomes an adult, her feelings for Riley’s best friend, Alls, become stronger. After a stint in New York City where she attends college and works for an antiques appraiser, she learns how easy it is to lie and steal.

Back in Tennessee after failing out of school, she inspires a plan for Riley and Alls to rob a heritage home. When it goes wrong, she’s already far away in France, but not before absconding with a rare painting. As Riley and Alls serve out prison sentences, Grace reinvents herself as “Julie,” working for a small Parisian antique-restoration shop. When the men are released three years later, Grace must face her role as a femme fatale as she goes deeper into the world of theft and deceit.

Grace, aka “Julie,” works for a small antique-restoration business. She cleans hundred-year-old glass beads, uses tiny brushes to touch up the intricate paint jobs, and makes broken, timeworn teapots look brand new. Her work has a deep meditative quality that’s very pleasant to read about. Does Grace’s work soothe her feelings about her own broken past?

She certainly hopes that it will. I was thinking about how what Grace does is different from, say, repairing a car, or a house, or a suffering body. But the kinds of repairs Grace makes are often secret, as it’s more problematic for art and antiques to have ever been broken. I connected this early on with Grace’s shame at her own mistakes and her desire to conceal them, which is different from repair. She would like to think of her work as a kind of penance, but [the character] Jacqueline forces her hand in that respect.

Grace tries to be inscrutable. She thinks people who show their feelings are at risk for being manipulated. As a shower-of-feelings, it’s the type of line I wish I had read years ago! It also has an aphoristic quality, a type of cynical wisdom. How important is it for your writing to capture the human condition?

For me, the human condition is the whole point! The project of trying to understand someone so wholly different from me was my driving question. Mary Gaitskill once said in a talk at the Center for Fiction that fiction is the closest we can get to living inside someone else’s mind. I was just starting to take my own writing seriously when I heard her say that, and I recognized it as the concern that drives me as a reader and as a writer. I’m always trying to understand someone or something that I couldn’t understand before. I’m not very interested in characters and situations that are completely easy to identify with. It took me three years to feel like I’d cracked Grace open, and then I had to rewrite the book yet again with that new understanding.

On the surface, Unbecoming is a psychological portrait of a liar. But love is also an important theme. Grace has three, almost four great loves: her would-be mother-in-law, whom she sees as her actual mother; her boyfriend, Riley, who is more of a brother figure; his best friend, Alls, her romantic interest; and her co-worker Hanna, who is the only person she comes to care about during her self-exile in Paris. By the end of the book, I wondered if it was also an offbeat love story.

Certainly. I was thinking about the intersections in art and life; forgery, fraud, restoration, and repair; and the vast gray area of performance, either hopeful or cynical, between truth and lie. I had to look at love from all these angles, too. The question I most enjoy hearing readers debate is which love story they think is most real, or most important to Grace and to her life. I was weighing and debating that question as I wrote the book, and I think our answers reveal a lot about us.

Do you think things might have been different for Grace if her parents had loved her more, or was she a born con-artist?

I think Grace has been shaped by her environment — not just her parents and their early absence, but by Garland, by Riley, by the Grahams. She’s someone who has learned to perform the right role for each occasion. But I think the idea that she might have been born a “bad apple” is important to her because it excuses her, if only to herself, and only sometimes. But I think that’s false. I think that’s another lie she tells herself — and almost believes.

Grace betrays every person she’s ever cared for. She does so each time out of self-preservation, and never out of some cruel instinct. The take-away seems to be that her behavior stems from a deep insecurity; she doesn't believe anyone is truly there for her. Do you agree that this is the origin of her pathology?

I agree, and I’m happy to see readers making that distinction. She’s deeply troubled, but she’s not a sociopath or a sadist — it’s much more complicated than that.

Grace’s story is set in the seedy underbelly of the antique and jewel business. How did you learn about this?

The firsthand research and interviews I was able to conduct were with above-board arts and antiques businesses, but it wasn’t hard for me to imagine how a restoration shop might operate differently if they were willing. But I focused my research on the individual items in the book, and every item but one (the James Mont box) is a real piece I found somewhere, either for sale or in a museum. Even the Czech centerpiece was inspired by a piece I saw at the decorative arts museum in Prague, though since they wouldn’t let me take pictures, I had to reimagine it later on, and so my version is different. Often, I overdid it on the research (I really didn’t need to learn so much about teapots), but I had to invest myself in the same way Grace did.

Grace isn’t an altogether unlikable character. Perhaps because we are in her point-of-view, we see how logically and easily she slips from one betrayal to another. In the end, she realizes the moral gravity of everything she’s done, and knows she’s hurt herself more than anyone else. Is this justice?

Ah, I wonder about that too. I don’t know. When I started this novel, I wanted to understand Grace, and eventually, I felt that I did, that I had broken in. And then I wanted her to see what I saw. The ending was my way of “catching” her in a rare moment of clear reflection — but knowing Grace, I’m sure she found a way to push it aside again.

Hanna, Grace’s co-worker, is a moral foil for Grace, who feels compelled to tell Hanna the story of her life, to admit some of what she’s done over the course of their working relationship. Hanna reproaches Grace for her lies. But then there’s a twist, and Hanna turns out to be hiding something. Did Hanna almost convince Grace to reform herself?

Would Grace have reformed herself under Hanna’s influence? I’m not sure, though she wanted to. I liked to surround Grace with characters who are like her in ways she does not recognize — Lana is more successfully calculating in her feminine performance, but that’s a game Grace plays too; Donald is every bit the transplant poseur that Grace fears he is. But Hanna tricks Grace like no one else has with her performance of “honest person.” It thrilled me to see Grace taken in like that.

I thought you made a provocative choice for contemporary literary fiction. For instance, I expected this would be a novel about guilt and moving from being “bad” to “good.” But this is not a redemption story; though the novel is called Unbecoming (unbecoming Grace, unbecoming behavior for a “nice” girl), you could have just as easily named it Becoming. Grace becomes more and more corrupt as the story goes on. It’s dark and risky the same way that literary classics used to be. Did you have this in mind while you wrote? I noticed a reference is made to the famous anti-society book, À Rebours by Huysmans. Did you glean any of your own insights into human morality from writing these characters?

I was writing in rebellion of our learned expectation for the redemption story. I wanted a different ending, or a different kind of redemption: What if it’s not going from bad to good, but going from lost to found (even if she doesn’t like where she finds herself), or from hidden from everyone to clearly revealed, even if just to herself (and maybe one other)? Those are the redemptions that interested me. And I did feel a kind of quietly biting anger toward the society that asks girls to make themselves lovable above all else, and I wanted to see how those expectations might curdle and create someone who doesn’t have a real self to be true to. I was influenced by Huysmans, Highsmith, and others, and I wanted to write a book that was a wolf in sheep’s clothing, as Grace is. It looks like a thriller from some angles, like a heist novel, and it’s also a coming-of-age story and a love story. But underneath those genre disguises is something much stranger and angrier, and that strangeness is what made it so unsettling to write.

An Interview with Lucile Scott

How the author wove disparate threads into a single, expansive work on American mysticism.